How To Approach Strange Dogs – Part 5 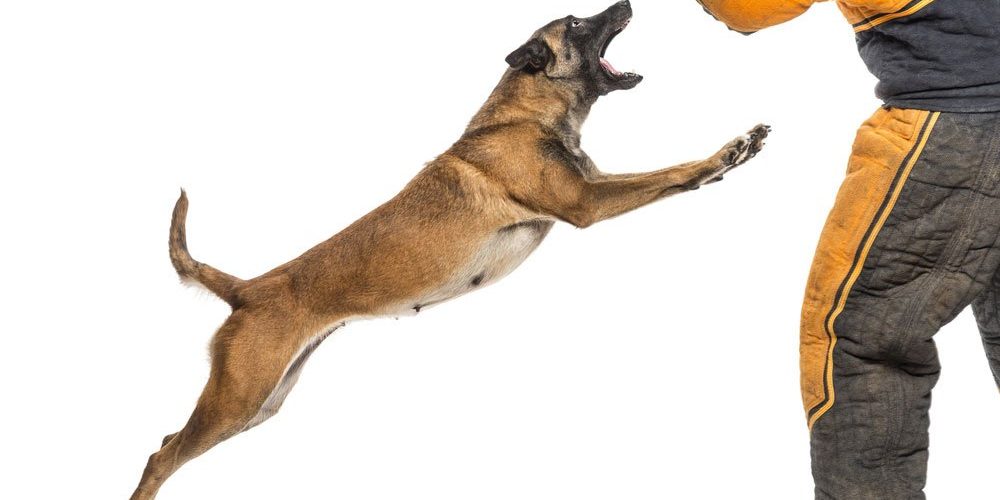 In previous articles, we have discussed ways to approach strange dogs. We have also identified different types of dog biters, how to show respect and proper behavior around strange dogs, as well as how to avoid being bitten.

If All Else Fails, Defend Yourself!

If you have observed all the general rules and precautions and still find yourself in the position of being attacked by a strange dog, your best defense is to shield your face and neck with your arms, exposing only the side of your body to the dog. Your actions should only be that of defense.

You should yell and make the most harrowing, alarming sound possible with your voice. Keep in mind that a dog does not trust anything that he doesn’t understand. You can confuse his current thought process by making strange, eerie noises, while at the same time calling for help with your cries.

Try To Keep The Dog Off Balance

Raising your knee to keep the dog off balance can help protect you against serious injuries. I have encountered a great example of this technique one day as a large German Shepherd bolted through an unlocked screen door. The object of the dog’s attack was a new mailman on his way to the mailbox.

Shielding his face and neck with his arms, the mailman cut loose with strange, ghastly sounds. The sounds stopped the German Shepherd cold in his tracks, created attention to every neighbor on the block, and the postman came out of the scene unharmed.

Talking with the mailman later, he admitted never having used the dog repellent spray that many mailmen carry with them for protection. He confessed that he has more confidence in his own method.

Some occupations have a high incidence of dog bites. Among the more noted of these are the mailman, meter readers, newspaper deliverers, pizza deliverers, solicitors, and trash collectors. Classified with the higher-risks would be the solicitors, or the door-to-door salesmen. If people who are in these occupations had a better understanding of what makes a dog bite, the incidence would be greatly reduced, maybe even completely eliminated. Children also suffer a high incidence rate because they panic, run, or force their attention on the dog.

So whether you are confronted with the protective biter or the fear biter, keep in mind the most important things: Let the dog come to you, at his own pace. Never force yourself on him, thinking that he’ll know right away that you are not a threat. Meet him on his level. Kneel down to his size and extend your arm with the back of your palm exposed for him to sniff. Let the dog take all the time he wants to decide whether or not to be your friend. When you are face-to-face with a strange dog, that investment in time can play a crucial role toward your safety.