How To Approach Strange Dogs – Part 3 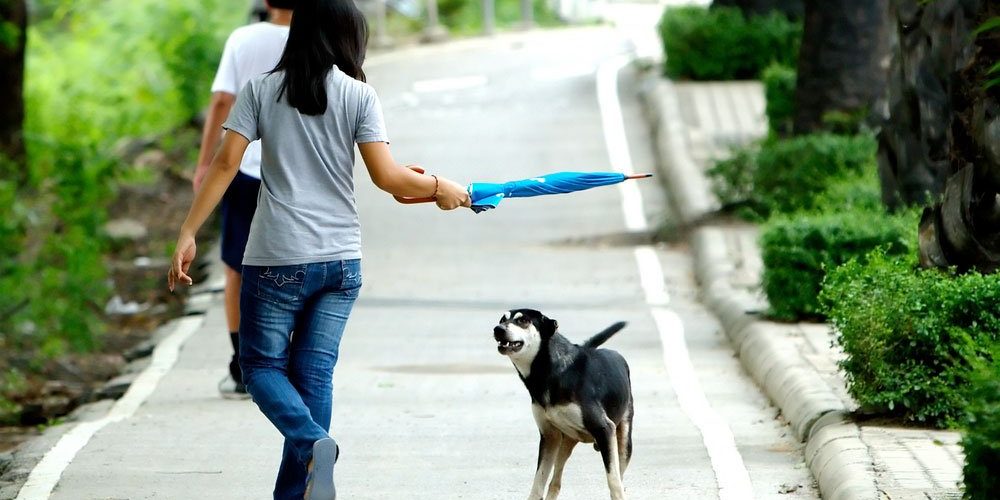 The protective biter is something that’s altogether different than the indiscriminate biter and fear biter, as discussed in previous articles. The territorial instinct of the protective biter is inbred and he certainly cannot be blamed for what nature has given him. That is, unless he happens to be the spoiled dog who owns a favorite toy and dares any member of the family to even walk close to it.

It might even be a favorite rug in the kitchen or in the living room, and the dog is ready to fight anyone who comes near it. That type of protective biter needs some special training, rather than special understanding. He could seriously injure a family member before sufficient amounts of special understanding can be administered.

Never, Ever, Run Away!

In training guard dogs for protection work, a running “villain” is precisely the way such training starts. Here, too is where children often make a big mistake. They panic, run, and they get bitten as a result of this reaction. But if they stand perfectly still, the chances of them getting bit are greatly reduced and, most likely, eliminated altogether.

Since it is difficult to tell whether the dog confronting you is a protective biter, you must keep in mind to do nothing that could be interpreted by the dog as suspicious. Again, you should kneel down to the dog’s level and let him come to you and be able to examine you. Let him decide at his own pace whether you are good or bad. This question may arise – can he actually smell that? Whether he can smell or merely sense it remains to be a mystery, but you can bet that he’ll know.

You must never act scared in front of a protective dog. Even if your heart is beating fast and pumping adrenalin a gallon a minute, you must act in a nonchalant way and every movement you make must be natural.

In the case of the protective biter, slow, deliberate movements could very well be interpreted as suspicious movements by the dog. Think about a slow, apprehensive movement a burglar would be using as he sneaks into the night. This kind of movement may trigger the protective dog into aggressiveness.

By keeping all movements natural and by constantly talking to the dog in a warm, friendly and cheerful manner, you exhibit the appearance of confidence. You are showing the dog that you have nothing to hide and therefore, nothing to be scared of. To the protective dog, villains are always fearful, cowardly, distrustful, and reeking with badness. On the other hand, the good guy is always fearless, confident – but not dominant, and has nothing to hide.