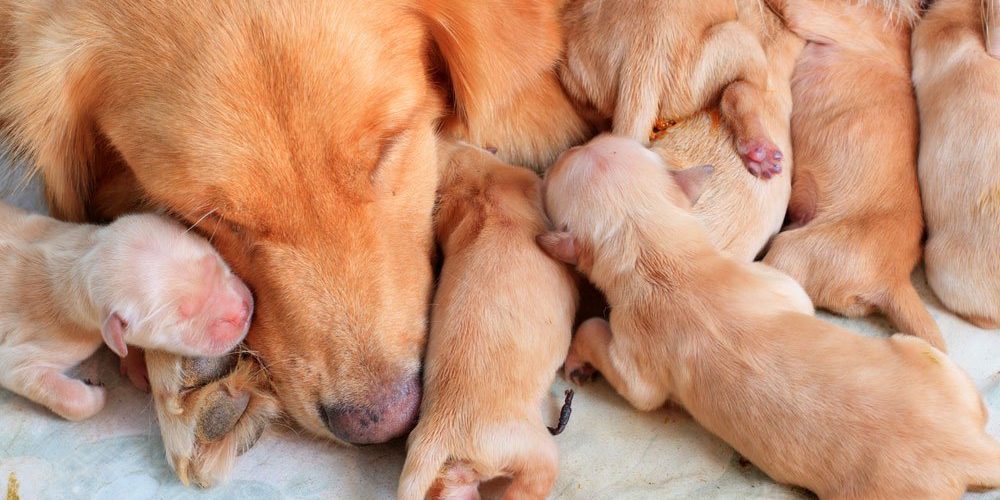 Since surgery is involved, the decision to spay your female Golden Retriever is a very serious one. There are benefits and risks whichever option you pick.

Spaying is essentially performing a hysterectomy on your dog, removing the uterus and ovaries to prevent pregnancy and menstrual cycles. Female Goldens have a ‘heat’ about every six months, during which time they’re fertile and eager to mate. Removing those sex organs eliminates the possibility of pregnancy. But it also causes her body to reduce the hormones that cause heats as well.

The reduction of those hormones is one of the chief health reasons that so many vets recommend spaying. Unspayed Golden Retrievers have about a 25% chance of developing breast cancer tumors. Spaying reduces the odds to about 6%, if the young female is spayed just after the first or second heat. Beyond tumors, there are other conditions that can represent a health risk. The odds of getting endometritis, for example, can be reduced by spaying.

There are other health-related reasons to consider spaying. Mating and pregnancy bring their own risks.

When a female is in heat, she sends out a pheromone (a biochemical attractant) that can be scented by males for a mile or more. Larger males can, and will, often leap a fence to get to the female. But mating with a larger species dog (or any other) can represent an unwanted pregnancy that puts your Golden at risk.

While it’s certainly a natural process, pregnancy is somewhat more difficult in some respects for dogs than for humans, especially when they’re larger than purebred Goldens. Litters number around eight pups. The odds of all surviving and being healthy are about 50-50. The effort puts a definite strain on the mother and the human who assists.

But there are factors beyond health to consider.

Females in heat ooze blood during their cycle just as other mammals do. That can be messy and inconvenient to clean up. This lasts for about two weeks. The total cycle is roughly three weeks. The first few days she’ll release a scent that attracts males, even when you can’t see anything.

Having to keep males away, or just tolerating their behavior, during this time can be an annoyance. Even when they’re physically barred from access, in fact even more so because of it, they’ll become real pests. They whine, they wander back and forth along the fence, scratch doors and exhibit other actions to show interest.

With all that said, spaying is surgery and carries some risk. The procedure is carried out by vets every day and most are experienced. But removing major organs that have evolved for a purpose is always a difficult choice. And, some Golden Retriever owners may want to undertake the perfectly legitimate process of mating their Golden.

Most pregnancies, with the proper care, can proceed with relatively little difficulty. For those with the skill and time, pups can be well cared for. Many healthy litters are born every day. The minor inconvenience of a dog in heat twice a year may be worthwhile to some.

Weigh the pros and cons carefully and arrive at the choice that is best for you and your loved companion.