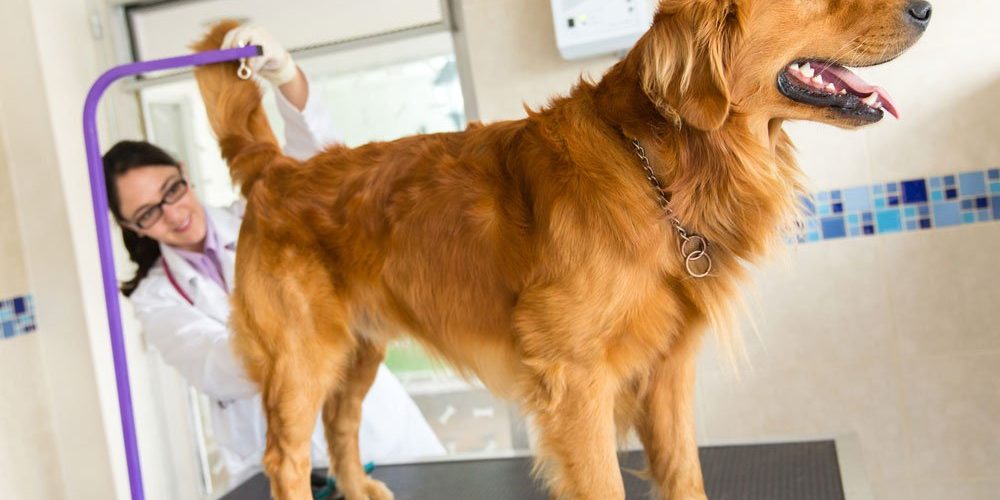 Tragically, one of the more common afflictions that a Golden Retriever may suffer from is hip or elbow dysplasia. A University of Columbia study found that as many as 30% had the condition. Dogs examined by the OFA (Orthopedic Foundation for Animals, http://www.offa.org), which has a screening service to certify the presence or absence of the condition, found hip dysplasia in 21% of adult dogs.

Even at the lower figure, the odds are high. Professional Golden Retriever organizations and breeders are taking steps to try to breed out the weakness, but that effort is a long-term solution. The average lifespan for a Golden Retriever is between 10-13 years, so changing inherited characteristics will take a long time.

Hip dysplasia is a genetically influenced condition in which the bone socket isn’t well formed and the head of the femur bone not properly rounded. A similar condition called elbow dysplasia affects elbows rather than hips, but is essentially the same problem.

The result is friction when the ball of the bone moves inside the socket, with subsequent unhealthy wear on the joint. The condition is debilitating and painful. Over time, the dog has weakness in the hindquarters and eventually extreme difficulty or an inability to walk.

The diagnosis is fairly straightforward. Your vet can take a simple x-ray and a radiologist will analyze the result and provide a report detailing the presence and degree of the problem, if any. Diagnosis is only worthwhile after about six months, but most are done at around two years of age.

There’s no cure, short of experimental and expensive joint replacement, which may or not be a long-term solution. But there are several things a Golden Retriever owner can do to mitigate the problem.

Step number one is to make efforts to adopt a pet that doesn’t have a propensity for the condition in the first place. The AKC (American Kennel Club,http://www.akc.com) and the OFA provide a means of certifying that the parents of pups offered do not suffer from the condition. Since it’s genetically dependent, the absence of the condition in the bitch and sire is a good indication the pups will be free of it.

When adopting a privately bred dog or a rescued dog from a shelter, those options may not be available. But there are still actions the owner can take to minimize the problem.

First is to discover if it exists. At two years (older, if the dog was adopted at later age), have the dog examined. If the condition is found, keeping the dog’s weight as low as possible is the first line of defense.

Though underfeeding a dog is unhealthy for the dog and cruel, many dogs are overfed. They are given far more calories than they need, especially if their activity level is low. Reducing the amount of, say, dry food given by 10-20% will not endanger the dog’s overall health but will help keep their weight lower.

Some activity is good, in order to keep joints in condition and muscles toned. Healthy muscles help keep bones firmly in the proper alignment, and movement causes the flow of fluids that keep the joint well-lubricated. But for a Golden Retriever with hip or elbow dysplasia, a reduced level of activity is a must.

There’s no cure, but a Golden Retriever that is well cared for can still enjoy a long and happy life.