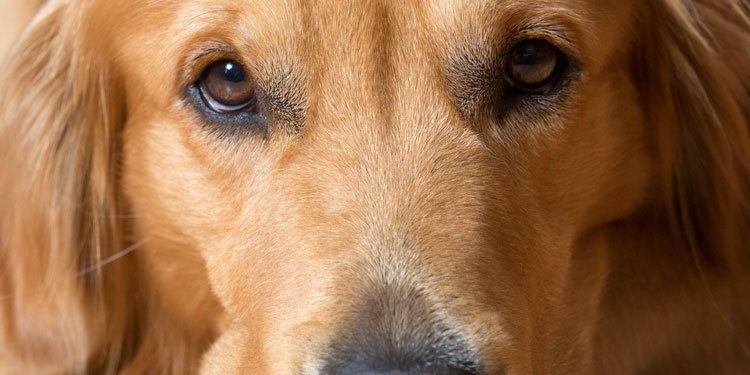 Golden Retrievers gradually became among the most popular dog breeds around. The reasons are not far to seek: they’re intelligent, friendly, eager to please and beautiful to look at.

But Goldens do require a bit more care and attention than some other breeds. Anyone considering one of these magnificent animals should think carefully.

Though it’s sometimes overstated, Goldens are more prone to hip dysplasia than many other breeds, particularly smaller ones. This genetically influenced condition can cause pain and eventually can cripple an animal. At minimum, reduced activity and careful control of diet is required. But Goldens love to run and eat, so keeping a check on them will take a bit more effort.

Goldens are also prone to certain skin problems. They can readily get ‘hot spots’ from itching due to allergic reactions, flea bites and other causes. They also have a tendency, especially as they mature, to develop certain tumors and cancers. That opens the possibility of a shortened life, or at least increased vet bills.

Their diet needs to be carefully considered, in order to minimize itching, loose stools and other problems. But they also are very active dogs, so providing them with the right nutrients for energy and muscle and bone development is essential. Wheat and corn sensitivity is relatively common in Golden Retrievers who, like all dogs, are by nature meat eaters. A diet high in meat protein is best.

Since they’re so active, they’ll need lots of exercise. But because they are so social, they tend not to run around on their own. If left outside alone to play, they’ll tend to simply lie down. That creates the need to interact with your Golden on a regular basis. Fetch, running, rope tug and other games are perfect for your Golden. But those all require your participation. Be sure you have adequate time for this breed.

Whether to spay or neuter a Golden is always a tough decision. There are valid medical reasons to consider the procedure, since it will tend to lower the odds of developing certain cancers and other health risks. But many want to breed their Golden to produce puppies. That’s a valid choice, but if one of the reasons is to make money, save that for the professionals. The effort required is far greater than you’ll be compensated for from one or two litters.

Vaccinations is another area of some controversy among Golden owners, as it is with other breeds. Most professionals agree that a series of vaccinations is best early in life. How long that should be continued, past the first two years, is a matter for ongoing debate. Some argue that regular vaccinations represents ‘playing it safe’, others that shots are unnecessary and risky. Antibodies do remain in the system for several years and the issue is still under investigation.

Regular grooming will be needed, since Goldens have a long coat that takes weekly care in order to stay healthy. Bi-monthly bathing, weekly toenail trimming and similar maintenance activities are an ongoing chore. Be prepared to spend time on this in order to keep a healthy and happy dog.

Socializing them with other dogs is easy, but also required for mental health and physical safety. Introducing newcomers, both human and animal, early in life will make the process straightforward. But it needs to be done gradually and for an extended period for best results.

It’s true that Golden Retrievers require time and effort to train and care for properly. But the rewards are immense. These beautiful, loving animals will give back tenfold all the attention they receive.

That unique Golden Retriever look as they face you smiling tells the whole story.