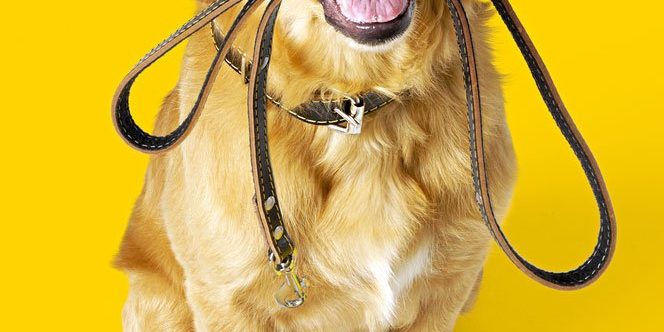 The image of a friendly, active Golden Retriever is familiar to anyone who has seen a magazine ad or TV commercial. And there’s a good reason that breed features prominently in so many of them: it’s all true!

Golden Retrievers are one of the most easily trained breeds because they are smart, active and sociable. They take readily to any sort of outdoor activity because they enjoy anything that gets them moving. From their beginning as a derivative of Russian circus dogs in the mid-19th century, they’ve been bred to retrieve. Fetching a tennis ball, jumping short fences and other such activities are a natural extension of retrieving game.

They’re easily socialized and friendly with people and (usually) other animals. Individuals vary, but they typically adapt well to children and other pets. But proper socialization does take a modest amount of training. Golden Retrievers can be territorial and will bark at or chase animals and people who are not part of their regular environment.

In general, they don’t make good watch dogs or guard dogs despite their ready bark. They will definitely alert on the approach of the delivery person, but they also will bark at random movement. Teaching them to tell the difference can be a big challenge. They may bark at a stationary car outside the front screen door or a rabbit darting across the grass outside. Too many false alarms make most of them unsuitable for that role.

Also, since they’re so friendly by nature, they will almost never attack a person. Training them to do so is not consistent with their nature. Though they bark, they rarely bite. Their bark is a greeting, not a warning or a sign of anger. And though they can be mouthy, owing to their breeding history, biting in anger or protection is almost unknown.

They’re among the most intelligent of breeds, though, and can learn a wide variety of behaviors with only modest effort. They’re easily housebroken and will give clear signs (after initial training) that they need to be let outside to eliminate. Training them to fetch is almost automatic, but they can also be taught easily to sit, stay, roll over and more.

Reducing leash tugging for a Retriever, as with many large breeds, can be a challenge. But since they’re eager to please they can be taught to patiently wait at your side, or walk along without pulling forward. Like any training program, this will take a few weeks with most individuals and is best carried out young.

Since they’re so active and energetic by nature, it’s important to give them plenty of room to run and lots of exercise. Inside the house, they can get into trouble without intending to. Their tails wag often because they’re generally a happy and active breed and this is how they express it. That can cause objects to get knocked off the coffee table, or anywhere else low enough for them to reach.

They prefer company and being left alone for long periods is not healthy. If there’s no person at home during the day, having at least one other dog as a partner is best.

They’re best for people who want an active, friendly dog, one they’re willing to devote time and attention to.