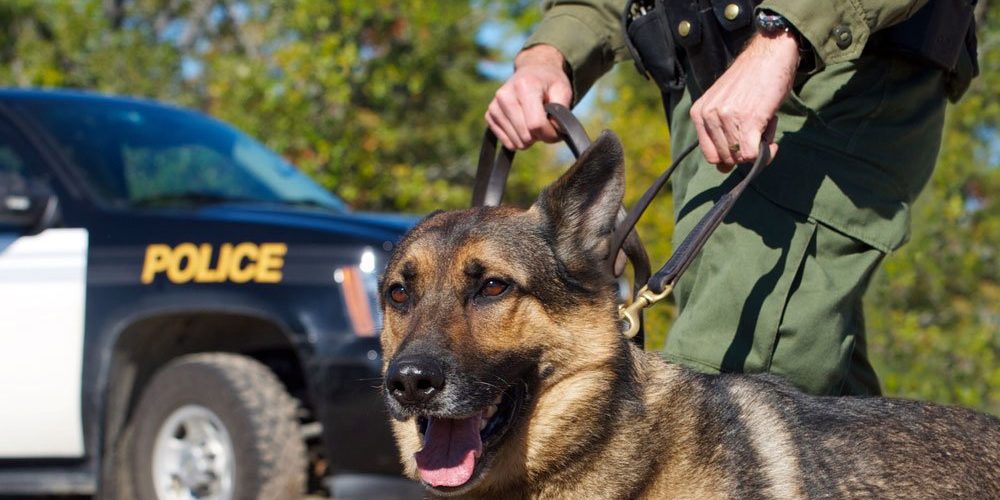 German Shepherds were bred over 100 years ago specifically to work at herding sheep. They’ve been earning their keep ever since. Shepherds have served as guide dogs, bomb or drug sniffing dogs and more. They’re the very image of a police dog. They’ve proven themselves in these roles and many more.

Training begins early in life. Barely weaned, German Shepherd puppies begin simple ‘sit, stay, heel’ exercises, much as any other breed. But they quickly graduate to much more complex duties. Obstacle course work, location and sniffing exercises and much more are not far behind.

To train a guide dog for the blind, for example, takes years of effort on the part of the dog and the trainer. An hour or more per day, often as much as four, will be required to mold their natural instincts to the desired purpose.

German Shepherds are strong, intelligent, agile and adaptable. But it takes specific exercises, learned over many months, to open a door, fetch a tray without spilling and perform other tasks. Those who assist people in wheelchairs have to act as the arms and legs of those who can’t use their own. For a dog, even one as intelligent and hard-working as a German Shepherd, that takes lots of practice.

Guide dogs for the blind need to halt at street corners, then go at the proper time, without fear or distraction. In busy cities there are plenty of things to go wrong. Yet, how often do you hear of a guide dog leading their companion astray? That skill was acquired over months of training, work that is always ongoing.

Even guard dogs have much more difficult tasks than simply standing in front of a gate. They have to differentiate friend from foe. After all, people on the inside have to leave and authorized visitors have to be allowed to enter. A guard dog that attacked anyone who entered, no matter the circumstances, would be worse than useless. They’d be a legal liability.

German Shepherds, like many breeds, have excellent scenting abilities. But that raw potential has to be honed over years. The ability to smell gas leaks, drugs, bomb components and many other tasks are outside the normal experience of most dogs. Detecting alone isn’t enough. The dog has to react properly when the material is found.

Search and Rescue dogs may have the most difficult jobs of all. They have to have the intelligence to detect danger. They need the endurance to work under harsh conditions of extreme heat and cold, in low oxygen. They have to be in top shape to climb rock covered hills and up snow layered mountains.

Then they may not only locate, but actually move victims with broken legs or who are unconscious. It’s difficult enough for a strong human to undertake such demanding work. But for a German Shepherd to do so requires dedication, training and peak intelligence. Yet, they perform their jobs superlatively.

German Shepherds love to work. When trained well by someone who loves what they do, the results deserve high admiration. It’s earned.