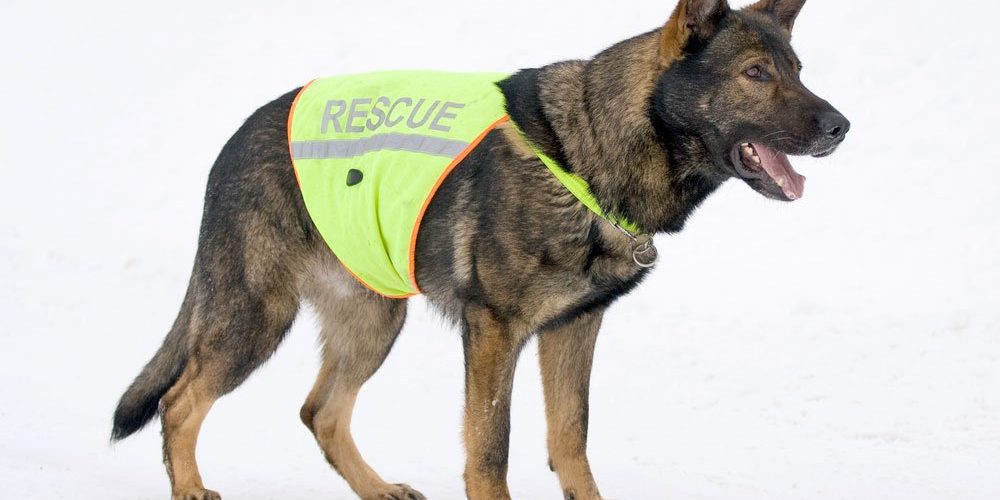 As with any breed, individual behavior will vary. But, also as with any breed, there are common characteristics that are typically shared by all members. Among German Shepherds those behaviors revolve around their ‘instinctive’ patterns, patterns that reveal a dual personality.

Bred at the end of the 19th century to serve, as the name suggests, to herd sheep, these animals are superb at patrolling, corralling and watch dog-type activities in general. From that background derives many of their prototypical behaviors.

Within a few months after entering a family, German Shepherd puppies will show a marked tendency to interact easily with them while being suspect of strangers. Kept in check, that’s not a problem. GSDs don’t readily attack. Just a mild growl or the occasional bark serves to show where their loyalties lie. But neither are they passive or fearful, common causes of suspicion of strangers in other breeds.

As a result of their high intelligence, German Shepherds can be molded to do far more than what their breeding provokes automatically. That behavior comes out most clearly when they’re being actively worked. Whether as bomb sniffers or rescue dogs, they display a high degree of physical activity when needed but will wait quietly for hours if need be. That’s another sign of the breed’s fascinating dual aspect.

That’s a marked difference between this and other breeds. Labrador Retrievers, for example, at least until very late in life, have a hard time staying put for very long. They long to be active. Collies, on the other hand, can be mellow from a relatively young age with little or no training, even though they too are very loyal and protective.

One example of how the German Shepherd displays this dual-personality is easily seen in guide dogs for the blind. When out in the street they’re alert, agile and ready to halt or go as need be. But once they lead their companion into a store, they alter the pace dramatically and gently curve around obstacles or just sit peacefully at attention until it’s time to go.

Much of that behavior is the result of months or years of good training, of course. But training is ineffective without something on which to build. German Shepherds have the body-type, the temperament and the willingness to undertake that kind of work. Many other breeds, even though the right size, do not.

German Shepherds are sometimes mistakenly seen as aggressive dogs. But that assertiveness isn’t the sort that will be displayed by, say, a Rhodesian Ridgeback. They’re protective and may snarl or bark loudly when necessary. But that’s a trained response to a perceived threat. It’s not fear, which is the source of much aggression in others. It’s not a natural desire to harm, as is the case with many dogs.

Though sometimes a little clumsy as teenagers, German Shepherds quickly mature into stable, steadfast companions. They can keep up with you on a run or sit by the poolside enjoying the day. That’s the dual-personality of the breed.