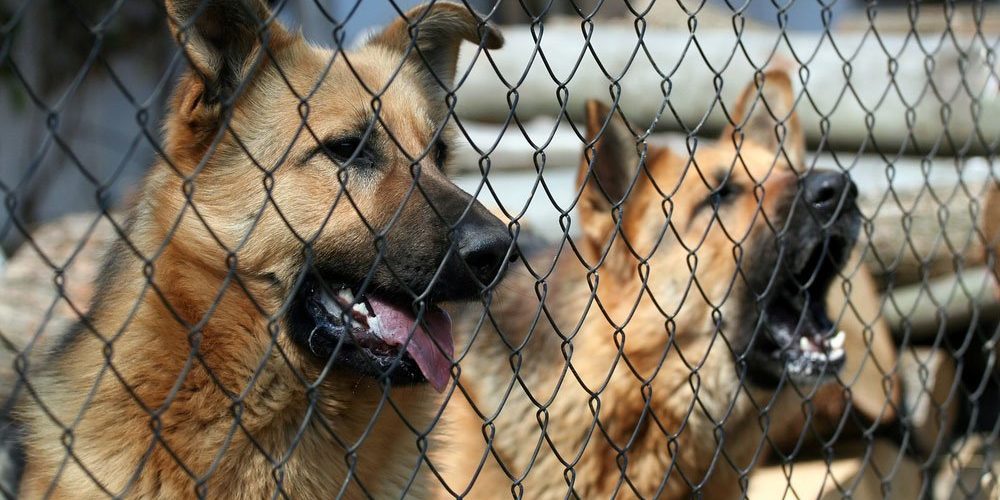 German Shepherds are often said to be intelligent, loyal and hard working. And that’s all true. But they’re often believed to be that way on the basis of temperament, which some claim is all inbred. That’s where the controversy begins.

It’s undoubtedly true that certain features of a dog’s personality, as with humans, derives from genetics. But, as with humans, where to draw the line between nature and nurture is a difficult task.

When you see a behavior repeated across generations, it’s a sign that something genetic is at work. That behavior is frequently (at least partly) the result of an inborn temperament. But characteristics like intelligence are notoriously difficult to measure objectively. Attributes like ‘loyal’ are difficult to define at all.

Certainly an individual dog and by extension the German Shepherd breed has to have a certain basic potential in order to do the sometimes amazing things it does. The ability to navigate complex environments to sniff out a bomb containing a certain compound is such a task. Opening a door and guiding a blind person through it, or delivering a tray of food to a wheelchair-bound person have to be learned. Without some raw intelligence, those things couldn’t be taught.

But in each of those examples, the dog has been trained. The result is a combination of nature and nurture.

With simpler behaviors it’s more difficult to judge how much is due to temperament and how much to training. If a Shepherd spontaneously grasps your hand in its mouth, then tugs you forward, that’s probably temperament, to a large extent. When you see an untrained German Shepherd pacing back and forth behind a chain link fence, ‘patrolling’ its border, there’s likely a certain amount of basic nature at work.

But even here, the dog had to learn for itself how to grasp a hand without doing harm. It had to observe the fence and make a decision to patrol in a certain area. There is some learning involved even in these situations.

Some things are very clearly not taught. German Shepherds will bark at the approach of strangers, even when there has been no other dog in their lives to ‘show them how’. That behavior is an instance of separating those inside the home from those outside. The home dwellers are ‘part of the pack’. Those outside are a potential threat. That display of ‘loyalty’ can most logically be interpreted as protectiveness and is probably innate.

Some traits are likely inherent. Others are brought out only with training. Still others are probably due to a kind of free will, similar to that possessed by humans. But whichever the case, one thing is certain: German Shepherds are excellent combinations of many fine qualities, whatever their source.