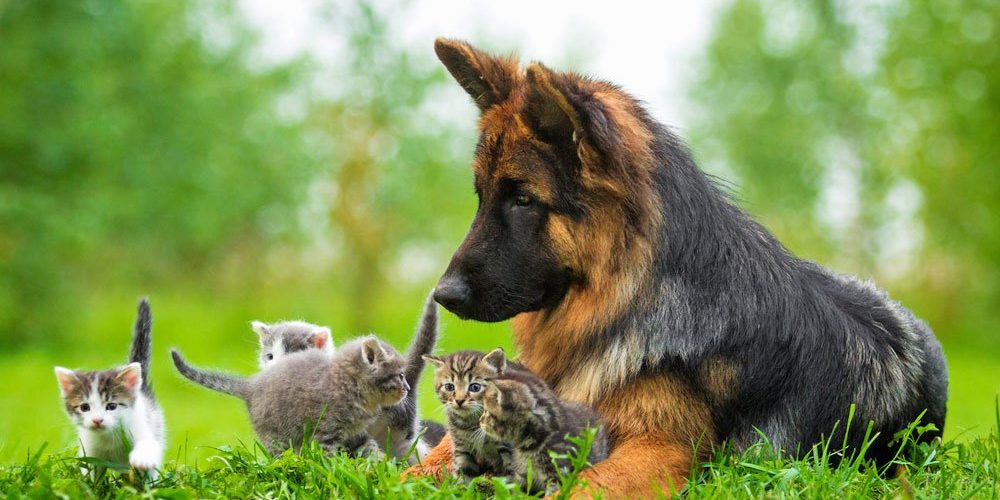 Socialization involves getting your dog familiar and comfortable with other dogs, pets and people in their environment. As natural pack animals it’s often easy to do, and sometimes even harder to keep them from interacting at inappropriate times.

Most dogs benefit from socialization. The people around them do too. But German Shepherds and a few other breeds are special cases. They’re often asked to perform special roles, such as police or guard dog, guide dog and other jobs. That means that socialization, while still useful, needs to be carried out much more carefully.

Dogs that aren’t exposed to others early in life in non-threatening circumstances, even German Shepherds, can become fearful and/or aggressive. They may be comfortable with their owners and immediate family or friends. But they can react with mistrust, and hence become violent, when strangers approach. That’s not a healthy situation, even for guard dogs.

Even when the German Shepherd is just a family pet, it needs to be socialized correctly. Strangers will come to the house who have legitimate business. Having to lock up the dog every time one does is a burden.

German Shepherds need to be able to differentiate friend from foe. A dog that leapt at an authorized visitor would be worse than useless. They’d be a legal liability. Socialization, in that case, gets mixed with training to allow a stranger to approach given the right signal. A poorly trained dog can fail in that task and be a danger to others where they shouldn’t be.

On the other hand, those dogs that do have special roles shouldn’t be encouraged to be friendly with everyone automatically. German Shepherds are particularly well suited for those jobs precisely because of their tendency to be wary, to make distinctions between known friend and stranger.

Guard dogs are a clear instance where such an attitude is essential. But there are many other jobs where it’s necessary, as well. A guide for the blind wouldn’t be performing properly if it greeted others while leading. Incorrect socialization would lead, in this case, to a dog that was too easily distracted. That would put its owner in jeopardy, or at least make the dog ineffective for its role.

All socialization, as with any other form of training or learning, should begin early in life. Provide the dog with clear, consistent signals to follow. Develop a hand sign and a vocal command that allows them to follow your cue about who is a friend and who needs to be watched.

Look for signs that your German Shepherd is becoming too aggressive, or acting in a threatening way in the wrong circumstances. A badly trained Shepherd doesn’t just become a risk to others, but also can become a little paranoid. That makes for an unhappy dog. And, hence, an unhappy owner.