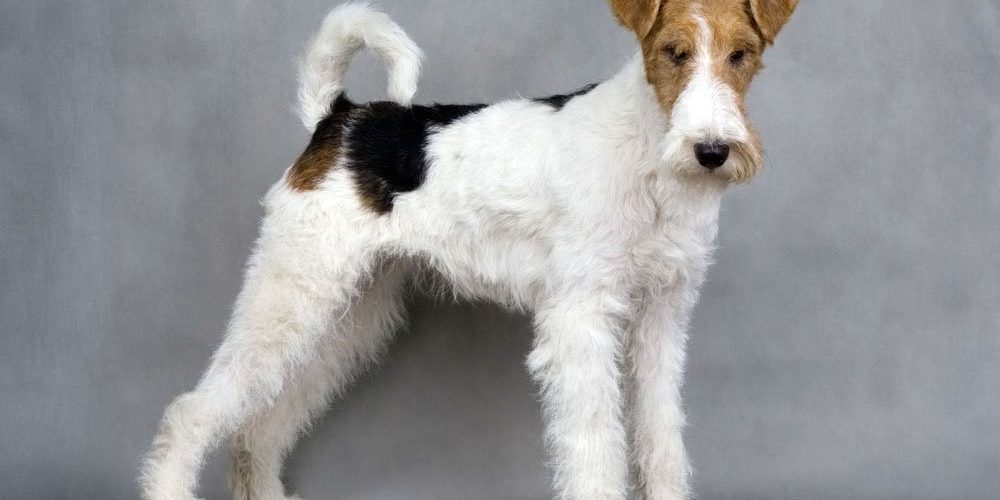 Fox terriers are among the oldest type of a very varied breed. Once used most often for hunting fox and other game, they’re now primarily pets. And what great pets they are, too!

The name actually refers to two fairly different looking terriers, the Smooth Fox Terrier and the Wire-Haired. There are sub-breeds, though, such as the Toy Terrier. Both tend to be about 14-16 inches high and weigh 15-20 pounds. The Wire-Haired is on average a little larger than the Smooth. Well cared for and in the absence of any major illnesses they can live 15 years or more.

Smooth Fox Terriers are, like the name suggests, a smooth-haired coat variety, which is usually made up of a white base with a black or brown saddle. The head is typically brown, topped by floppy but not loose ears, often with a white-tipped muzzle. The body is short, but somewhat stocky.

Wire-haired Terriers, by contrast, often have much less distinct markings, with the colored portion (which can be grayish or black) blending into the white. Partly, this appearance is the result of the curly hair. The face is often tan. The ears are often more sturdy than the Smooth Fox type.

All share a common ancestry and so the behavior of contemporary Fox Terriers is similar. They’re high energy, alert and smart. As hunting dogs, they would spot game, run it into a hole, then stay for the hunter to close in. The modern form of that behavior is still on display. They’ll chase a cat in a heartbeat. Squirrels should beware when a Fox Terrier is nearby.

That behavior can’t be eliminated, but with training it can be shaped. Because they’re intelligent and eager to please, they enjoy a good challenge. An obstacle course is a good idea for these active dogs. When they’re not allowed to exercise those high spirits, many will engage in undesirable behavior.

They will pick a fight with much larger dogs. Because of their assertiveness, some big dogs will flee. But equally aggressive dogs that are larger will often get the better of the exchange. Outside an enclosed area walking on a leash is always a good idea. Like all terriers, they love to dig.

When they get the attention they crave, they make very loving and loyal companions and can be trained to carry out tasks. The dog in the famous Thin Man films (Asta) was a small, wire-haired fox terrier.

When introduced young to other pets in the home, whether dogs or cats, they can often get along well. But long-bred-in instincts are hard to overcome and the limits should not be pressed. Keep hamsters and others at a safe distance. Fox terrier behavior can be shaped, but training will not erase the odds of them going after a small pet. They’re loving and loyal to their intimate friend, but will generally always be a little stubborn.