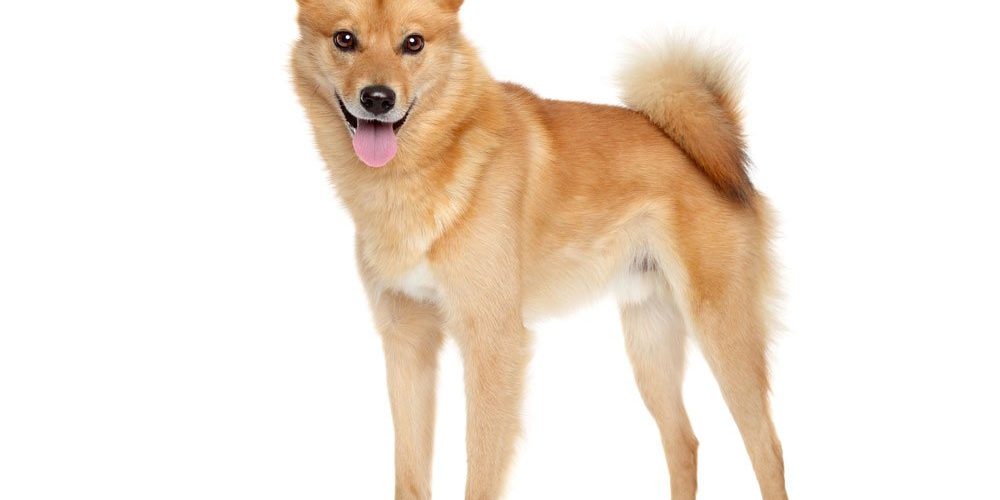 Today’s Finnish Spitz dog stems from its ancestors, northern Spitz dogs, which were owned by Finno-Ugrian tribes traveling across the lands of Eurasia and Finland. It is theorized that these early dogs were used as watchdogs. Soon after, they were used to help assist hunters.

While most dog breeds experience crossbreeding through time, this dog remained pure due to isolation. It was not until the early part of the 1800s that interbreeding with other dogs became common practice once introduced into the region. In fact, interbreeding almost wiped out the original pure Finnish Spitz.

The bloodline was saved thanks to a couple of Finnish sportsman who saw a pack of these dogs that had apparently not been mixed with other breeds.  They were so impressed by the look of the Finnish Spitz that they decided to rescue and save the original breed.

During this time, several names were introduced to describe the Finnish Spitz. Suomenpystykorva was one of them.  It meant “Cock Eared Dog”. Another name that was used was the Finnish Barking Bird Dog. When introduced to England they were called Finsk Spet dogs.  However, in 1891, the name was officially changed over to the Finnish Spitz and inherited the name “Finkie” in England during the 1920s.

It was not until the late 1960s that the Finnish Spitz was breeding in the United States.  In 1988, they were officially admitted into the non-sporting group category. Finnish Spitz dogs of today are mostly considered to be household pets in the U.S. but are still used to hunt in Finland. They hunt such animals as the black grouse and the capercaille bird.

Finnish Spitz dogs make excellent watchdogs and have average-to-medium levels of playfulness, affection, and energy. You will find that these dogs are not very friendly towards strangers and other pets, but their cold temperament towards outsiders makes them a loyal protector to its family. This dog is very independent and a bit stubborn, but also alert and inquisitive. They are generally good with children and other pets from the same household, but will bark incessantly when strangers approach.

Taking Care Of Your Finnish Spitz

Upkeep of the Finnish Spitz requires daily exercise needed from long walks or runs outside. Having a large fenced-in area for this dog to roam is recommended. Due to its hunting ancestry, you must be careful not to let this dog roam by itself without a leash in an area that will attract it towards scent hunting. It will run off on its own if not well trained. You can keep this dog outdoors due to its high tolerance towards cold, but as all pets prefer, your Finnish Spitz will appreciate and enjoy sleeping inside with the rest of the family.

The lifespan of the Finnish Spitz can extend up to 15 years, with 13 years being the average.  As far as health concerns go, this dog has an impeccable record. Amazingly enough, there are no major or minor health concerns to worry about. You might occasionally see epilepsy, CHD, or patellar luxation, but these issues are extremely rare. The solid health of the Finnish Spitz is said to be the result of its pure blood line history.