You are here:
Dog BreedsDogsSporting Group 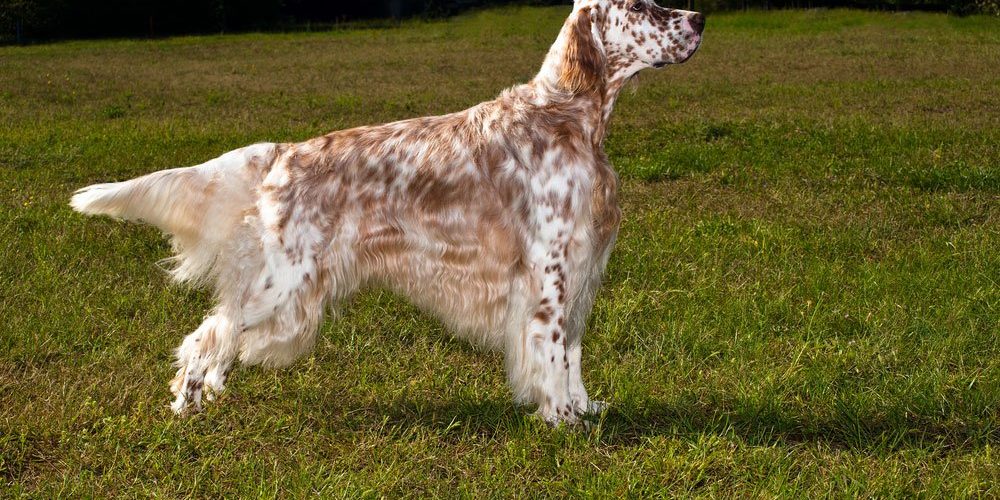 Long before shotguns were used to kill birds when hunting, nets were used to catch the foul, which were helped by dogs that were trained to crouch whenever they pointed game. “Setters” as these dogs were called, were the foundation of today’s English Setter.

The English Setter is the oldest dog known from these groups. In fact, it is theorized that they date back well before the 15th century. Their function was to locate game and then remain still, practically frozen, until the game was taken away by hunters.

The English Setter’s ancestors were probably the Large Water Spaniel, Springer Spaniel, and the Spanish Pointer. Beginning around the year 1825, specific breeding for the production of the English Setter was started by a man named Edward Laverack. He continued to breed his Setters for well over 30 years. In fact, these are the dogs that created the base-line of all English Setters of today.

Other breeders continued to produce English Setters, but with specific emphasis on other functions. One such person was named Purcell Llewellin. He started with Setters that came straight from Edward Laverack and based his breeding entirely on field ability.

Mr. Llewellin mixed his Laverack Setters with outside English Setters which created some of the most outstanding field dogs of his time. Eventually these dogs were imported to the United States and has enjoyed steady growth as a popular household pet ever since.

The English Setter is a  particularly amiable breed of dog that is most often calm and relaxed, and make great house pets. Genetically, they were bred to hunt and cover miles upon miles of ground distance, therefore, physical exertion and running is a favorite pastime for the English Setter. This is one dog that cannot be kept indoors without exercise for too long at a time.

Taking Care Of Your English Setter

As previously mentioned, upkeep for the English Setter requires intense daily physical stimulation. Lots of exercise each and every day is a requirement, at least one good hour of fast-paced running. This dog is best to live indoors, but should be able to roam outside most of the day-time hours. Due to its long coat, the English Setter’s fur may prove to be difficult to keep clean and shiny. It needs regular brushing every two to three days, minimum.

The lifespan of the English Setter can last up to 12 years, with 11 years being the average. Major health concerns that may arise are hypothyroidism, CHD, deafness, and elbow dysplasia.  Minor issues are PRA and OCD. Every once in a while this dog breed may see epilepsy, but this is extremely rare.