Do you always get confused between some dog breeds that have a similar appearance? Well, it is quite apparent to get completely bewildered between dogs or specific breeds when they have look-alike markings, matching fur, and comparable size. And, it is of no surprise that some of the dogs even confuse the dog enthusiast.

There are several different kinds of dog breeds in the world, and most of them look incredibly similar. For instance, you can check details about Labradoodle vs Goldendoodle, and we are sure that you will be surprised at how these two dogs have a similar appearance but differ from each other in many aspects. In this article, we will discover some more dog breeds with similar appearance and find out how they are differentiated from each other.

The Cairn Terrier and Norwich Terrier have a lot in common and can be difficult to distinguish. These two breeds have small and sturdy builds, similar body weights and life expectancies, wiry coats, and some of them happen to be of the same color like red or wheaten. Both the breeds originated from the United Kingdom with the intention of hunting rats and other small creatures.

Although these two breeds originated from the same country, they have different histories. The Cairn Terrier was created in the western isles of Scotland, where they were bred to hunt rodents that lived in cairns. On the other hand, the Norwich Terrier was developed in a rural area of England called Anglia, which includes the town of Norwich. These dogs were also bred to kill the rats as well as accompany their owners while hunting.

The main difference between these dog breeds is that the Norwich Terrier has shorter legs, which is a good attribute for catching rats. Sometimes color can also be a distinguishing factor for them. For example, if the dog has a black and tan coat, it indicates the Norwich Terrier, whereas an all-black, silver, or gray coat indicates a Cairn Terrier.

Alaskan Malamute and Siberian Husky are two beautiful sled dog breeds with similar coloring and coating. These breeds have thick, double-layer coats as they were developed as working dogs for cold and snowy climates. They are relatively common in the U.S. but have different places of origin. The Alaskan Malamutes were initially used by the Inuit of Mahlemut tribes for hunting and hauling big games. Meanwhile, the Siberian Huskies were developed by the Chukchi people of Northeast Asia. They used this breed as endurance sled dogs.

There are many differences between the Alaskan Malamute and Siberian Husky, where the easiest one is found in their tails. The Alaskan Malamute has a pluming tail that curls over his back while the Siberian Husky’s tail does not curl to either side of the body. It also doesn’t snap-flap against the back. Another major difference between these breeds is their size. The Alaskan Malamutes, a centuries-old dog breed, are larger and stronger than the Siberian Huskies. They are capable of pulling heavier loads across frozen tundras, whereas the Huskies are known for their exceptional endurance and hauling lighter loads over longer distances. Besides, Malamutes have brown color eyes while the Huskies can have either brown or icy blue irises. 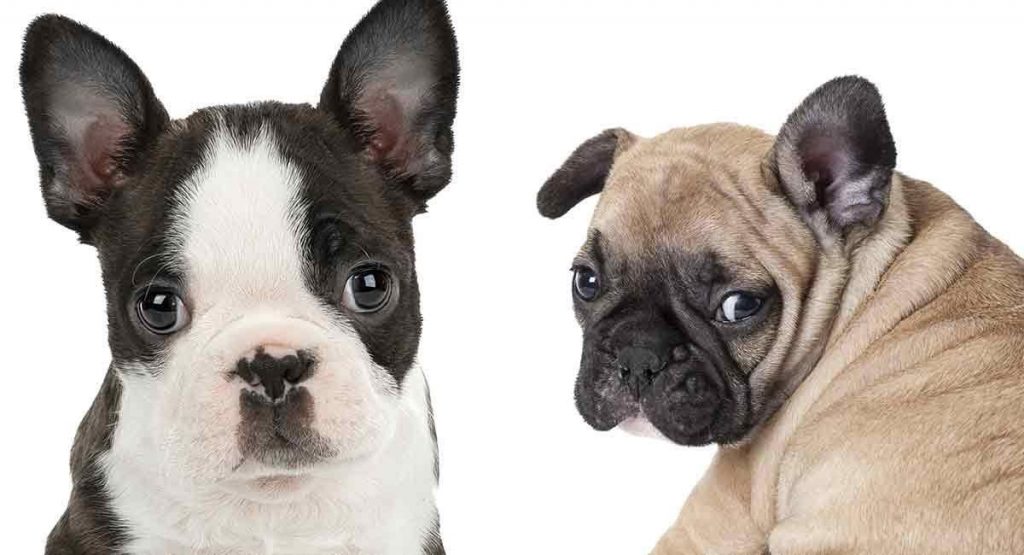 The Boston Terrier and French Bulldog, or Frenchie, are small breeds with a pretty similar appearance. They have pricked ears and adorable flat faces, which often confuses people. Given that both the breeds were developed using the English bulldog, these cases of mistaken identity are quite understandable. The Boston Terriers were created in the late 1800s in Boston, Massachusetts, by crossing the bulldogs with the now-extinct English white terriers. On the other hand, the French Bulldog was also created in the late 1800s but in France.

Although both these dogs’ breeds have a similar appearance, there are a few distinct variations in their physicality and personality. You can differentiate a Boston Terrier from a French Bulldog by its color and body shape. The Boston Terriers consist of a distinct black-and-white “tuxedo” pattern, which includes white on their faces. Moreover, they have longer legs, flatter cheeks, pointier ears, and are a bit slimmer than the French Bulldog. On the other hand, the Frenchies have rounded ears, a multitude of different coat markings and colors, and are more stocky and muscular. Personality-wise, both the breeds make wonderful family pets, but French bulldogs tend to be calmer than the Boston Terriers.

The Whippet and Italian Greyhound both resemble the miniature Greyhounds as they have sleek, slender bodies with narrow heads. They both come from the same dog family, known as ‘sighthounds.’ Moreover, they share a common ancestor. The Italian Greyhound breed originated in the Middle ages when the Italians started importing small sighthound in groups. It is still unclear whether these dogs were used for companionship or for hunting small game. 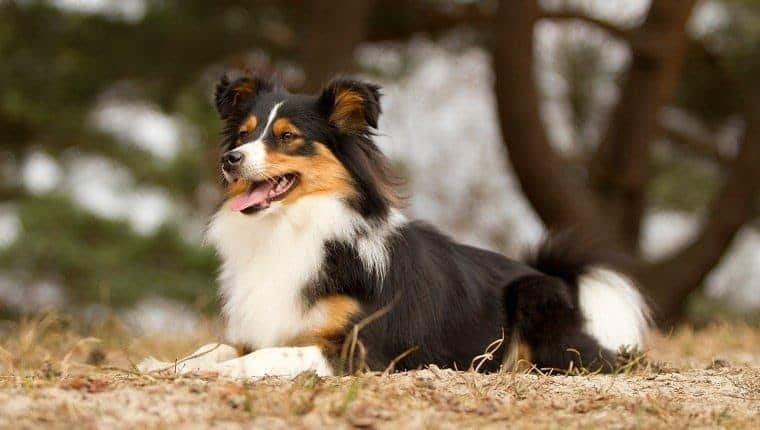 Both these breeds have long-coated furs and are known as the herding pups. They have a similar appearance except for one major aspect, i.e., their size. The Collies originated in Scotland, where Queen Victoria loved them. The Shetland Sheepdog looks like “mini Collies” and was bred in small size so that they would have a small appetite. They belong to the Shetland Islands, where harsh weather was known to affect food production. But fortunately, these expert herders require only a little amount of food to stay full.

There are many such dogs’ breeds that have a similar appearance but differ in some major aspects. But we hope that now you know at least some of those breeds and can recognize correctly when you see them.

Crucial Things to Know Before Getting a Pomeranian
August 21, 2020

Beagle Mix Characteristics to Be Aware of If Considering This Type of Dog
August 16, 2020

Siberian Husky Mixes That Will Make You Fall In Love
August 16, 2020

Things That You Must Know When You Become a Lurcher Parent
August 16, 2020