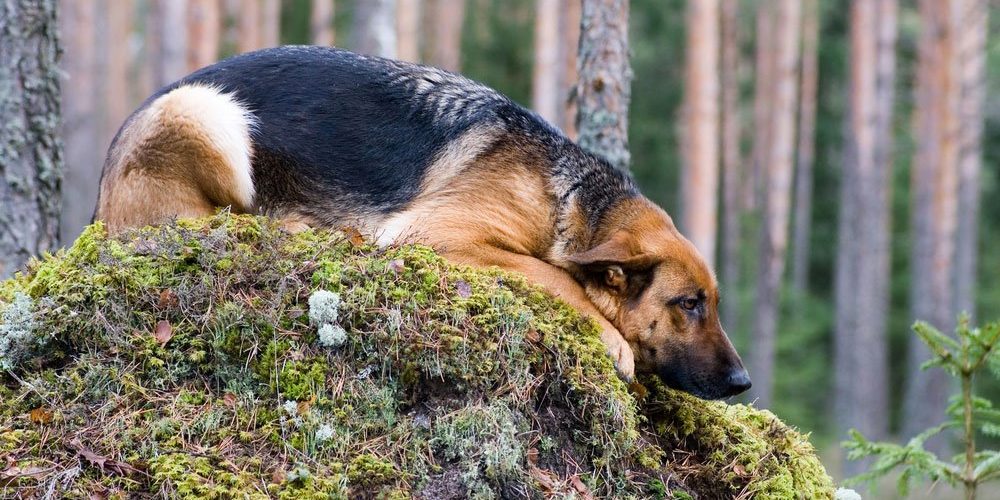 Do dogs have ESP? One famous case is that of Daisy, a stray mixed-breed. This case was also thoroughly checked out and authenticated.

Daisy charmed herself to a New York City family on vacation at a lake approximately thirty miles from the city. The family befriended her and gave her all of the food and love she demanded. After a short time, Daisy delivered four healthy puppies, which also received the love and care of the adopted family.

When the summer ended and the human family had to return to their home in New York, they gave Daisy and her puppies to a permanent resident neighbor. They felt that Daisy and her puppies would be happier in the freedom and space that the country offers, rather than their Manhattan apartment.

About three weeks after their return to the city, they heard a scratching at the apartment door. When they opened it, there was Daisy, carrying one of the puppies in her mouth. It was a happy reunion and nothing was too good for Daisy and her puppy.

The next day, Daisy was gone. The family scoured the neighborhood but with no success of finding Daisy. About five days later, Daisy came back with another puppy. This went on until she had her four puppies under the roof of her human family.

How in the world was she able to find her human family in an apartment she had never seen, in a city the size of New York? Nobody has a clue, and ESP would seem to be the only answer.

There are many, many more similar stories that are documented, including the one about the famous Shepherd named Prince. During World War I, Prince swam the English Channel to find his owner in one of the thousands of trenches in France. This story became very famous and received international acclaim.

There are also stories on record of dogs being able to sense their own danger. One such case involves an old hunting dog named Flash. Whenever Flash’s owner picked up the shotgun, Flash was out of the door and into the field before the gun was loaded. But the sad day came when the dog, old and decrepit, was to be “put out of his misery”. This time when the gun was picked up the dog disappeared under the house and was found in the farthest corner trembling with fear and unresponsive to commands or coaxing.

Another case involves a German Shepherd and his owner. The man took off in his private plane from an airport in Georgia to fly to New England and left his dog at home with his parents. Flying over Pennsylvania, the plane crashed. The dog’s owner was found by a farmer. He was alive but unconscious and taken to the hospital where he regained consciousness about twelve hours later.

Back home in Georgia, at the time of the crash, the dog disappeared under the house. With the flashlight he could be seen lying motionless and dazed and was unresponsive to commands or water or food. He remained in this state the whole time his owner was unconscious. When his owner regained consciousness, the dog came out from under the house, ate, and appeared perfectly normal.