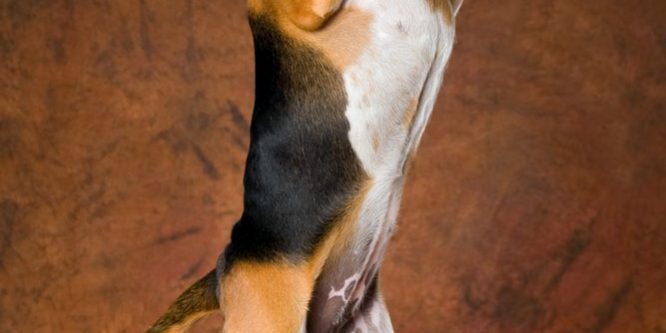 Tastes among humans differ, but one thing is constant: your dog will eat just about anything off the table you give it. That may be fine when it’s just you and the family. But when you have guests over, it can be embarrassing. Here are some tips for how to get pooch to stay away during meal time.

The first step is not to start a bad habit.

Dog’s have a natural hierarchy with the alpha at the top, followed by the beta, and so on. In the wild, the alpha eats first, then food is shared by the rest – once the alpha ‘gives permission’. Permission can be denied with a growl or a snap of the teeth.

When you act as the alpha – as you should at all times where your dog is concerned – you control access to the food. But being too easy going gives the signal that it’s open season at the table. If you don’t start the habit they may start it for you, but it doesn’t pay to encourage them.

The next step is to be consistent. If you don’t want the dog to beg for food, don’t feed it sometimes, then deny it at others. The dog has no way in advance to know which times are appropriate and which aren’t. You’ll become frustrated at having to repeatedly try to make the distinction for him and order him away.

Dogs operate by scent. When they smell food, that’s a signal to approach. If you allow them to act on that, a pleasant experience (for them) becomes a bad habit (from your perspective) very quickly.

Human food is often less than ideal for dogs anyway. Most of it is digestible, but it isn’t balanced for dogs the way commercial dog food is. The ideal dog diet depends on a carefully controlled mixture of fat, protein and other categories of food. The percentages are tested and blended by commercial dog food manufacturers. There’s no way for you to duplicate that at the dinner table.

You can train your dog not to beg for food basically the same way you would train them to perform any other desired behavior. Try voice commands ‘go’, ‘sit’ and the rest. This is not the time, however, to reward obedience with a treat, since that’s counterproductive. It only reinforces the link between food and behavior at the wrong time.

If voice commands prove inadequate, you can try leash training. This may require some creativity if you are already at the table. You can wrap a leash around a sturdy pole in the dining room. As you tug on the leash toward you, if it’s wrapped around the pole, it pulls the dog away. Take care not to bruise the dog’s throat by getting carried away.

If you have help, you can sit at the table and start to eat, while another holds the dog a few feet away by the leash. As the dog starts to come toward the table, you give the command and they tug the leash. Dogs learn quickly this way to associate the verbal command with the physical restraint.

As with any training exercise, patience and persistence are essential. But sooner or later, they will respond, even when they smell food. They learn in the wild, they can learn even more easily in the home.