Dog Training – No, YOU Sit! 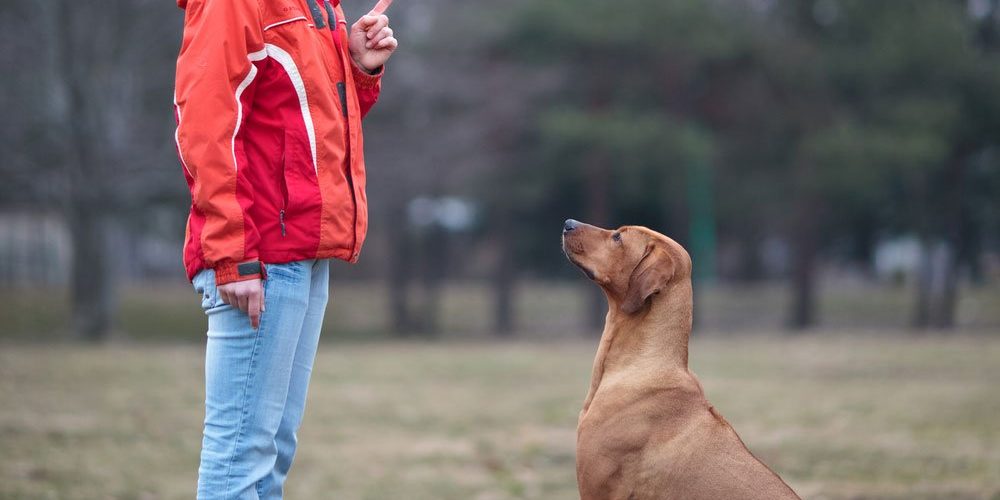 Dogs can learn an amazing variety of behaviors, but few so fundamentally important as the ‘sit’. Beyond the basic need to establish that the human of the pair is the alpha (leader), it has a number of practical benefits.

When a dog sits he’s more attentive, making it easier to follow further commands. His eyes are on you, the alpha.

As important as what the dog is doing, is what he is not. In a sit, he’s more or less stationary. There are still those wagging tails, after all. That means he’s not chasing the cat, knocking over the furniture, running through the garden or out into the street.

But getting there can be easier or more difficult depending on breed, individual and training style. Fortunately, almost every dog can and will learn this basic move in short order.

First, take advantage of the dog’s spontaneous behavior by observing him closely. The idea is to catch him in the middle of performing the behavior and say ‘sit’ and gesture. That way a dog associates the behavior with the command. Always associate a unique hand signal and tone with the command. Praise the dog lavishly. Hold off on food treats. Save the bribes until you really need them.

At first the dog will have no idea why you’re so happy. But dogs tend to be happy when the alpha is, and upset when he is. With repetition comes understanding.

When you want to initiate a sit, stand and face the dog then issue the command, then wait for the desired response. Some will get it after the first couple of tries, some will take ten or more. Some won’t get it without further prompting. Now bring out the other techniques.

With a treat or a favored toy, face the dog and place it above his head and slightly behind the forehead, but still visible. The dog will tend to look up and stretch its chin slightly backward. When you have his attention move the treat slowly back toward the tail.

Some dogs will respond by backing up. If so, try the technique near the couch or a fence where he has nowhere to go. When the dog starts to sit, give the command and hand signal. At the completion of the sit, praise lavishly and give the reward.

Voice commands aren’t the only sound that will work. Many trainers use a ‘clicker’ – a small plastic and metal device that makes a ‘click-clack’ sound when pressed and released. Dogs can distinguish the sound over surprisingly long distances and amidst other moderate background noise.

As a last resort, for the stubborn or slow learner, give the command and at the same time push gently on the back near the tail as you lift his chin. Praise and reward anyway, even though you had to ‘force’ the sit. Take special care with young hips – don’t force a completely uncooperative dog this way.

Repetition, consistency (reward only for the proper action), and enthusiasm will quickly lead to learning the ‘sit’. Don’t be harsh, but don’t give up easily either. And never let him train you.