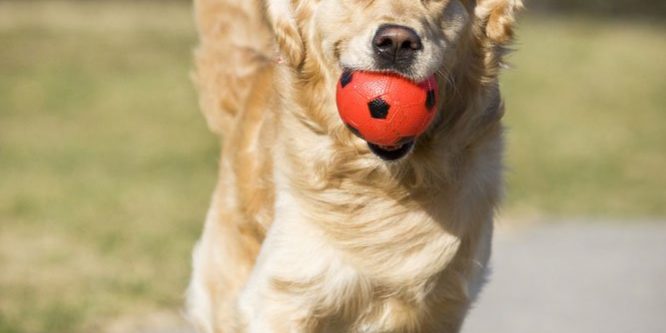 Even dumb dogs are clever. Just think of the many ways they get humans to do what they want. Few can resist the soulful eyes and the offered paw when eating something the dog also views as tasty.

One of the reasons for the many-thousand year association between humans and dogs is the latter’s great capacity for communicating in terms the former can understand. How often has your canine companion delivered a tennis ball with a look that you unerringly interpret as ‘time for fetch’?

These are only two examples out of many that show dogs have a great capacity for learning complex behavior.

Dogs can understand a surprising amount of language and body posture, but they process information very differently from humans.

Their eyes respond very differently to colors and have a greater ability to see in low light. Their head muscles allow them to rotate their ears in order to quickly and accurately locate the precise source of sounds. And, of course, there’s that famous sense of smell.

The differences continue on other levels of mental functioning. Dogs understand cause-effect relationships very unlike their human companions.

Classical conditioning – associating a stimulus with a response – can be much more readily surmounted in humans. Humans are much better at changing an undesired response to a car accident or a trip to the doctor. Those associations are much more persistent in dogs.

I always exit the rear door with my Golden Retrievers when we’re going to play fetch. When I do, we invariably do actually play. By contrast, a hundred times I let them out the side door, where I never follow them. Instead, I leave them alone for half an hour or more. Yet they still go immediately to the back door where they expect a game to follow.

I clearly associated a specific tone and word and a unique hand gesture with every command. In consequence, they learn a wide variety of selected behaviors. They can sit, stay, down, come, roll-over, no-bite, fetch and release, even eliminate on command.

Yet telling them repeatedly not to eat things off the ground that their own experience continually shows them leads to upset stomachs is a waste of effort. They’ll repeat the same unwanted behavior the first time they can. They simply can’t grasp some effects when the cause is much earlier in time.

The lesson from these examples is this. Your companion, whether Retriever or Shepherd, Dachshund or Basset Hound can learn an astounding variety of things, provided you don’t expect the unreasonable.

One woman well-known on the show circuit has trained her friend to perform a complex, several-minutes long dance routine. Search-and-rescue dogs have been trained to pull children from rivers and skiers from avalanches. Service dogs can open a door and pull a wheelchair or fetch a container of water without spilling a drop.

But don’t expect them to think like humans, even when trained to emulate us. No matter how many times you tell them not to, they’ll continue to eat grass.