You are here:
Training 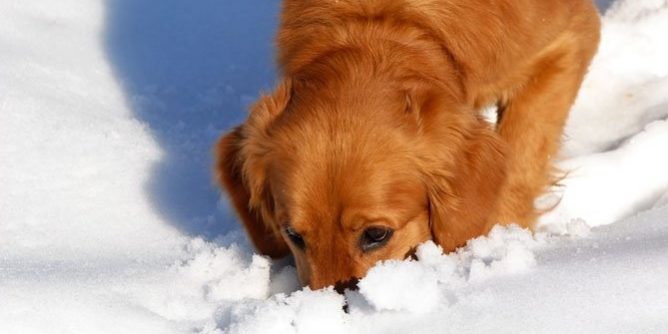 Some official estimates of the number of breeds reaches as high as 800 in Western countries alone. Even given that distinguishing one breed from another can be carried to absurd extremes, the variety is astonishing from a human perspective, who have, perhaps, a dozen ‘breeds’.

Complicating the picture still further is the well-known fact that dogs have descended from wolves but began domestic interaction with humans over 10,000 years ago. As a consequence, there are behaviors that develop regardless of circumstances and some that are as unique as the human the dog is paired with. Still, some common traits stand out.

That doesn’t mean they necessarily hunt and attack every passing cat or rat, but the capacity is always in them. With acute hearing and head muscles that allow precise orientation of their ears, dogs can pick up a range of sounds and locate the source quickly and with high accuracy.

A dog’s field of vision is higher than that of humans. Their field of view has been estimated from 180-270 degrees, by comparison to a human’s 100-150 degrees, allowing them to track events better.

And, of course, there’s that famous sense of smell. Citing figures such as having 25 times as many scent-receptor cells or being able to sense concentrations 100 million times smaller than humans conveys the fact one way.

Another is to report behavior. Golden Retrievers, for example, can smell gophers through two feet of packed snow and a foot of frozen earth. And, they’ll dig through it to get to the gopher. That’s predatory behavior.

That’s common knowledge, of course. But, though known, it’s often ignored. Individuals will often lock a lone dog away in a garage or pen, or on a rope in the yard for long periods. This isolation from contact with humans and other animals invariably leads to fear and/or aggression and other forms of maladjustment.Dogs need companionship in order to develop healthy behavior.

Isolating a dog for brief periods can be a useful training technique. Fear of expulsion from the pack can incent overly assertive, alpha-status seeking dogs into alignment with the trainer’s goals. In any human-dog pair, the human must be the alpha (leader). The alternative is property destruction, human frustration and unsafe conditions for people and dogs.

But excessive time devoid of social interaction with another dog, the human, or even a friendly cat harms the dog’s psychology and leads to unwanted behavior. Even guard dogs have to be able to distinguish between external ‘threats’ and members of its own ‘pack’.

Like the two-year-old humans at roughly their same mental level, dogs learn by exploring their environment. And like those humans, they can engage in destructive behavior. Dogs are no respecters of property. Training and an appropriately selected set of objects and suitable area can channel that behavior into something acceptable to humans and healthy for the dog.

Providing toys with characteristics very distinct from human property, such as rawhide bones rather than rubber balls that are hard to tell from children’s, leads to less confusion and misbehavior. In many cases, however, the problem is solved by scent. The dog’s toys may look like the child’s, but smell very different.

Some amount of digging may be inevitable as part of the dog’s exploration. Be prepared to patch holes in lawn if the dog is unsupervised for very long. Plants can usually be protected with cayenne pepper paste, bitter apple and other preparations.

Dogs will eat deer droppings, even when they have perfectly sound and ample diets. They’ll chew on dead rats, eat grass and ingest a wide variety of things that their own experience shows causes upset stomachs. And they’ll repeat the behavior day after day.

Acknowledging their limited ability to connect cause and effect when those are separated in time is a must in order to keep them healthy and safe.

Recognizing a dog’s nature, and working within in it rather than against it leads to less frustration for both human and dog. Enjoying the beneficial aspects, such as spontaneous dog hugs (leaning into a leg), paw offering and a head laid on the lap are just a few of the rewards.

How to Help Your Dog with Noise Phobia
September 10, 2013

How to Effectively Build a Strong Bond With Your Dog
September 10, 2013
Search
Recent Posts
CONTACT MARYLANDPET.COM
Go to Top
Go to mobile version