Determining the Sex of Your New Bird

You are here:
Bird Breeding 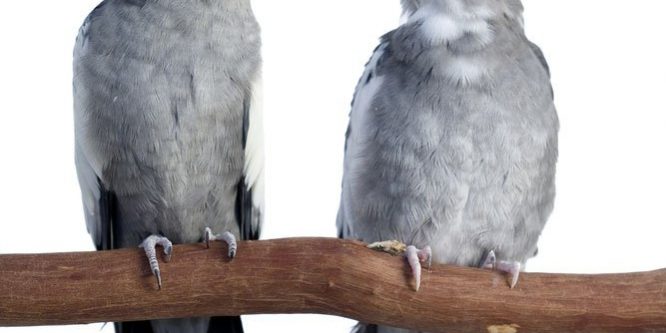 Many people are not concerned with whether they have a male or female bird. After all, if you’re not going to breed your bird, it doesn’t really matter, right? Actually, it is important to know whether you have a female bird because you will need to know to look for signs that she is egg bound when she is mature. Some birds, especially if they are one of the smaller species, will decide to go to nest even if they do not have a mate. Of course, it is also nice to know that if you name your bird Fred, he really is a boy.

There are several ways to determine the sex of a bird. The most reliable method is to literally look at the bird’s reproductive organs. Not only does this tell if the bird is a male or female, but it also allows the veterinarian to find out how healthy the organs are. The sexing procedure is relatively quick and inexpensive, but this is still one of the least popular methods because it is still surgery. Some birds die when they are put under for the operation.

Another fairly reliable way to tell a bird’s sex is DNA sexing. Although you would think DNA sexing would be one hundred percent accurate, the results are not always correct. The same bird can be tested three times and have a result of male one time, female another time and inconclusive the third time. The inaccuracy of the results is usually from problems with the collection procedure, since the pet owner is often the one who collects the sample, either by pulling a feather or clipping a toenail so that it bleeds a bit.

If the sample isn’t collected and handled properly, it can be contaminated. Also, quite a few DNA labs are overseas, so the samples have to go a long way to be tested. Add in older equipment and new technicians and it is no wonder that results can be inaccurate.

If you have mature birds of certain species, there is another one hundred percent accurate way to tell if your bird is male or female. Simply look at the bird. Eclectus parrots, Indian ring necks, most cockatiel mutations and red belly parrots all are dimorphic, which means that the male and the female have different coloring.

Finally, many breeders claim they can tell whether a bird is a male or female through a method called pelvic sexing. If you don’t mind setting a pair of birds up for a year, only to find that they are both actually female, you can try this method. Some breeders are very good at pelvic sexing, but even an expert can be fooled.

To try pelvic sexing, turn your bird onto his back and feel for the bones right above his tail in the vent area. If there is a wide gap between these bones, your bird is probably a female. If not, the bird may be a male. However, the bird may also be a female that has never laid eggs.