Death Of The Family Pet: A Proper Goodbye To Your Faithful Friend

You are here:
Dog ResourcesDogsPet Loss 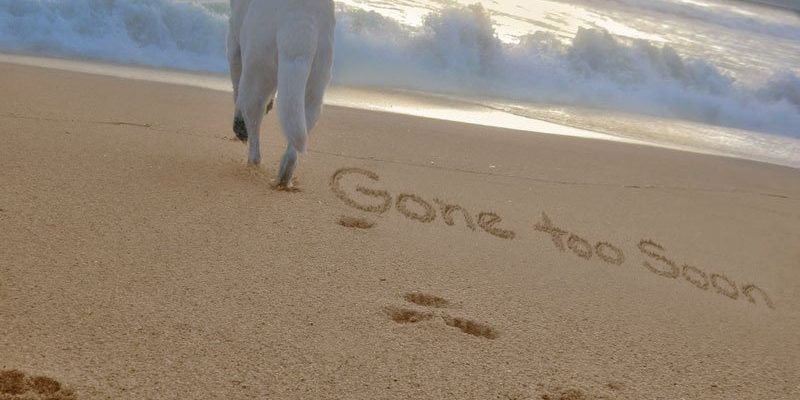 As the words of a sad, but sweet, eulogy was echoed over the loudspeaker of a public address system, a spotlight began to slowly illuminate an object in the center of the show ring: a leash, attached to an empty training collar.

It was graduation night for an obedience training class. As the graduating dogs sat silently by their owners, one spot in a row was obviously vacant. One of the dogs who was to have graduated had been struck and killed by an automobile just the night before.

The trainer continue to explain to those present that “A new sentry was on duty in Heaven… that the greatest animal trainer of all had seen fit to call little Chu Chu to duty elsewhere.” And finally, just before the graduation ceremonies began, a trophy was presented to the owner of the missing graduate. The trophy was inscribed, In Loving Memory, Chu Chu, Always First Place In Our Hearts.

To some people, this may seem like hogwash. Those types of people, however, have never experienced the joy, devotion, dedication, and unswerving loyalty demonstrated by a dog to its owner.

A family dog is willing to give his all, and he expects so little in return. He will laugh when you laugh, and be equally quick to cry with you. The whole world can turn its back on you and, as you sit wondering where you might find a friend in your dark hour of need, you feel the nose of your dog snuggling close. There he is, your friend!

Asking no questions, expecting no answers, desiring only a few moments of your love, a pat on the head, a little praise, is all he ever wants. And if he doesn’t get it, that’s okay, he’ll understand. He’ll still be your friend because you are number one in his life. His world revolves around you. Where you go, he wants to go, always your constant companion.

The Therapeutic Justice Of Pet Cemeteries

Pet cemeteries, which did not exist in the old days, have proved to be the answer to so many pet owner’s prayers. It is impossible to document the feeling of loss when a dog fancier loses his cherished pet. But one thing is certain, each dog owner knows that so much happiness and completeness came to him from his dog, and that to send his remains to the city dump, or to be chemically changed to fertilizer, is completely out of the question.

To offer him a decent burial in payment for the joy and devotion during his lifetime, is fast becoming the most popular answer. Whether it be a modest unmarked grave in the backyard, or a grave site marked with marble, it is only fitting that the one who gave so much be allowed to be remembered with dignity that he so faithfully earned. These are not monuments of sorrow or tragedy, but rather, monuments to the many years of happiness each and every canine brought to his owner.