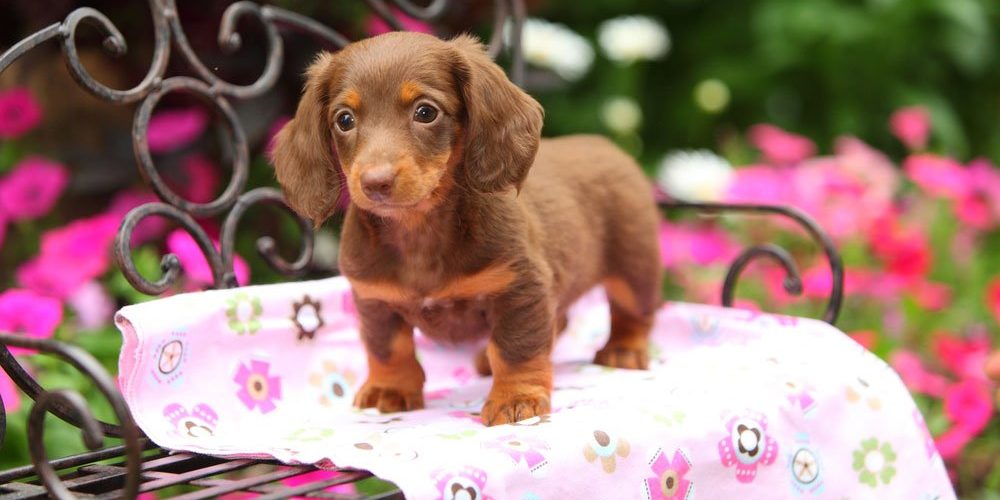 Housebreaking a puppy is never easy. With Dachshunds the challenge is greater than with most other breeds. But with patience and attentive care, it is possible.

Most dog owners enjoy having their companions around inside the home, at least part of the day. With puppies that is almost a necessity. Unless the mother is around, puppies can easily get in harm’s way. But keeping puppies from urinating or defecating on the floor or carpet requires continual vigilance, too. There’s just no substitute for careful observation while they are young.

The problem is larger in the case of Dachshunds not because of lack of intelligence – they are among the smartest breeds – but because they can be willful. Doxies like to do what they like to do. Early training can only compensate so far. But, it can compensate.

Start your puppy off in the right direction. Avoid letting it roam freely throughout the house until well after it has been housebroken. Crate training is one way to accomplish that.

Crate training involves using a small plastic or wire cage to house the Dachshund, at least part of the time. Contrary to popular belief, dogs will eliminate where they sleep. Usually they won’t lay in it unless they have no choice. But they will go in one spot and lay nearby. Confining them to a small crate improves your odds of getting them outside in time to eliminate there instead.

Paper training is another popular method, but it has some serious drawbacks.

This method involves papering a large section of the room or house with paper, upping the odds the pup will go on it, not elsewhere. Then, gradually, the paper area is shrunk, theoretically causing the dog to use the smaller area. Ultimately, the paper is moved outside when the dog is old enough or has enough self-control to follow it.

One drawback is that paper training often just fails. If the Dachshund goes on the paper the first time, your odds are better that it will work long-term. But if they happen not to go there, they tend to follow the smell to the same spot and eliminate on the carpet or floor again. Paper training requires you to get lucky or continually increase the area covered.

Another, perhaps more serious flaw in paper training is that it creates a dependency that never goes away. The dog never learns to go outside to eliminate. That may be necessary in some housing circumstances. But most people will enjoy their environment better if their dog eliminates outdoors.

The best method, then, is to watch carefully for any signs that your Dachshund puppy needs to eliminate and rush them outside to do so. That means looking for when they lower their hind ends. Sometimes, they will precede that by sniffing around for where they went last time. When you observe that behavior, pick them up – supporting the entire length of the dog’s long body – and set them quickly down again outside.

If you don’t see them perform the behavior, be sure to let them go outside at least every hour anyway. If they take the hint, or just happen to go, lay on the praise.

Doxies will take longer, on average, to learn the routine than other dogs. That is a reflection of the fact that they are more difficult to train generally. Where some breeds will pick up the idea in a few days to two weeks, Dachshunds may require three to as much as six weeks.

But, then, when it comes to these lovable but spirited dogs, learning patience early on is good training for you, too.