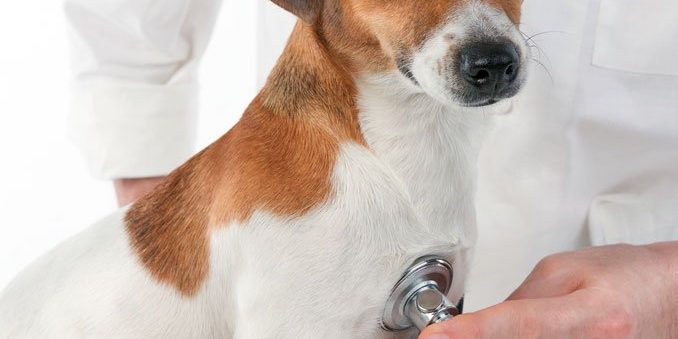 Because the group of terrier breeds is so diverse it’s difficult to find a single set of diseases common to all. Even calling a condition common is a little misleading, since it means only that it tends to occur more often within that breed. It does not mean that most individuals get that disease.

That said, here are a few things to watch out for when buying a terrier puppy or caring for your dog…

Also referred to as vWD, von Willebrand’s disease is an inherited condition that may lead to excessive bleeding, similar to hemophilia in humans. The absence of a certain protein may cause some dogs to bleed profusely when their quicks are nipped during nail grooming, for example. But it can occur at other times, producing bloody urine, bleeding at the gums and nose, and elsewhere.

Several breeds can have the condition, with pure breds at greater risk than those of mixed parentage. Jack Russells acquire vWD, but less often than others. It’s more common in Scottish Terriers and Miniature Schnauzers.

Testing prospective parents can help avoid the production of new puppies with this genetic disorder.

Another condition that has a strong genetic component, Legg-Perthes causes the tip of the femur (the thigh bone) to degenerate. The result is pain and a limping gait. While it occurs in only a small percentage of individuals, it’s most common among Yorkshires. The cause is thought to be insufficient circulation around the hip joint more common in these than in other terrier breeds.

When it does occur, it’s most likely to be seen within the first 6-8 months of life. Surgical treatment can usually correct the condition, though, by removing the affected portion of the bone. Fibrous tissue then forms, which prevents the wear on the joint. The procedure does, however, leave the dog with a slightly shorter leg so it should be discussed thoroughly with your vet.

Patellar luxation is another genetic defect more often found in Yorkies than other terriers. Their weaker ligaments and tendons supporting the knee joint can cause the cap to slip out of the V-shaped groove in which it naturally lies.

The result is considerable pain and lameness. A similar condition can occur to humans and any who have suffered from it can report that it is very uncomfortable. Here again, surgery can correct the defect, often with excellent results. However, the procedure doesn’t strengthen the components that help hold the joint in place. Affected dogs should maintain a less vigorous lifestyle than otherwise.

Terriers can suffer from various heart ailments, most of them the result of a genetic defect.

While unlikely, cardiomyopathy is one of the more common. This abnormality of the heart muscle can lead to lung edema (fluid into the lung). One of the symptoms is weakness during mild exercise. It occurs in Jack Russells and others. In other diseases, valves may not open and close properly, causing abnormal blood flow. American Staffordshire Terriers are somewhat more prone than others to this defect. Among Bull Terriers aortic stenosis is more common.

Like many other breeds, worms can be responsible for heart problems if proper vaccination schedules haven’t been followed. That can affect any breed. A series of heart tests is always wise when any heart malfunction is suspected.

Most terriers, at least until old age when many body systems weaken, will lead healthy lives. They’re energetic and have great endurance. Simply be on the lookout for any unusual dampening of those high spirits and seek professional advice when they occur.