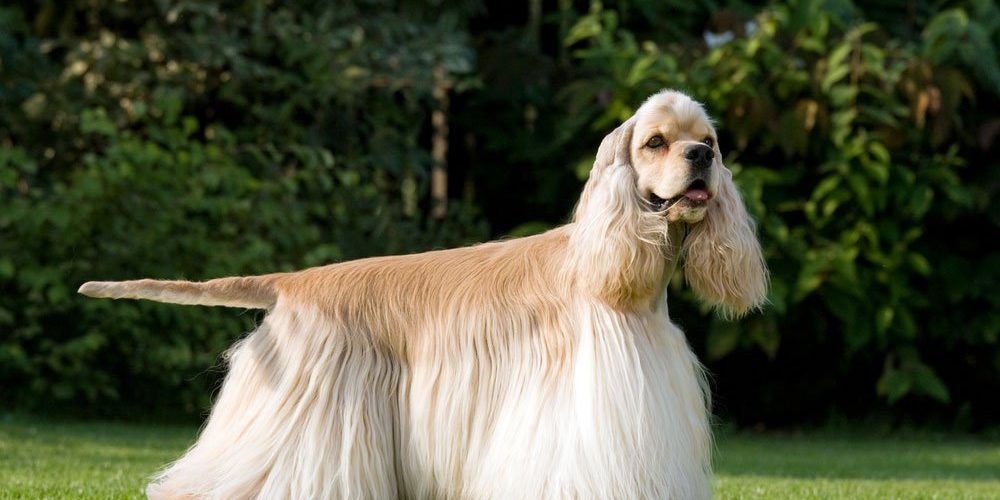 Cocker Spaniels (the American version) were derived from English Cocker Spaniels after they found their way to the United States in the late 1800s. Americans preferred to breed a smaller sized Spaniel that would be ideal to hunt quail in various other small birds. Although the exact practice and decision to which the American version was created is not entirely known, we do know that the first true American Cocker Spaniel was recorded to be born sometime in the 1880s and his name was the dog Obo 2nd.

At that time, both the American Cocker Spaniel and the English Cocker Spaniel were considered to be the same breed by the American kennel club.  However, in 1935 the AKC decided to finally separate the two as different breeds. The Cocker Spaniel then rose to popularity and was considered the most popular dog breed for a large number of years.  It was then divided into three color types: black, particolor, and ASCOB (Any Solid Color Other than Black).

This dog breed is extremely cheerful, playful, and always willing to please.  They are great family dogs which are wonderful with little children.  If there was a scorecard to rate the Cocker Spaniel on its affection level and friendliness towards animals and people, it would rate at the highest score. This dog is also easy to train and is considered to be a moderate watchdog.

Keeping up with the Cocker Spaniel in terms of grooming takes a little work on a daily basis.  They have extremely long hair with heavy fur growing from head to toe.  Even their ears and its long hair will need a brushing on a daily basis. Professional clipping should be taken into consideration at least once per month in order to maintain a decent coat.

Cocker Spaniels can receive plenty of exercise with a least one daily walk on the leash. It loves to socialize and be a part of its family, as well as get a taste with the outside world and the people and other animals that it offers. Although Cocker Spaniels are meant to live indoors with its family, keeping this animal socialized with the outside should be considered a necessity. They are extremely friendly and eager to meet other pets and people.

Cocker Spaniels have a lifespan of up to 15 years which is a long time considering this dog is a member of the sporting group.  Major health concerns include cataracts, PRA, patellar luxation, and glaucoma. Minor health concerns include allergies, cherry eye, hypothyroidism, cardiomyopathy, urinary stones, CHF, liver disease, seborrhea, entropion, and fructokinase deficiency.