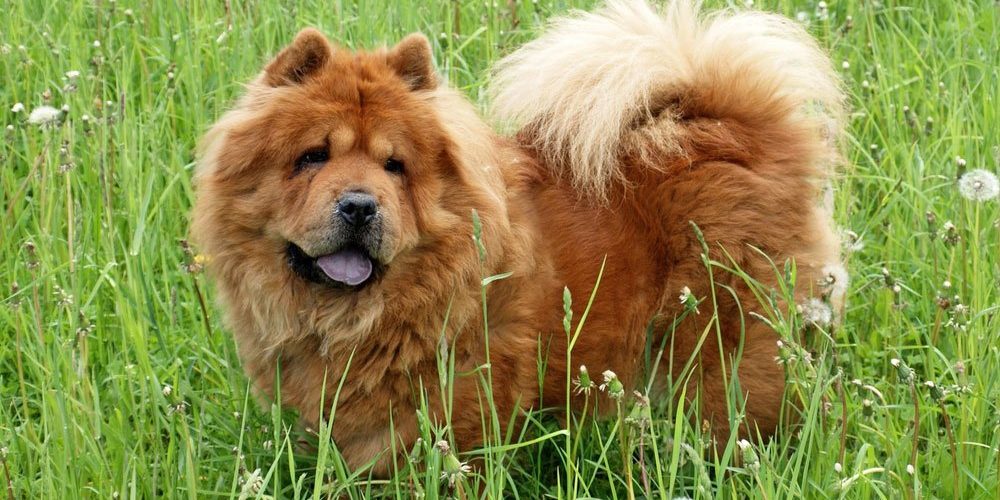 Many people compare the Chow Chow to the Spitz dog breed, simply because they share many of the same characteristics.  It is been assumed that because they are so closely related, the Chow Chow is actually a descendant from the Spitz family. Unfortunately, the true bloodline of the Chow Chow cannot be confirmed.  However, we do know that this dog has been widely popular in China for hundreds of years, possibly thousands.

The original function and purpose of the Chow Chow is theorized to have been as a hunting dog which would sniff out and find birds. Soon enough the breed started to decline in its quality and the number of survivors diminished to almost nothing after the Imperial Hunts. But a few Chow Chows were kept inside monasteries and with wealthy families and survived.

The name “Chow Chow” is said to have been created during the 1700s when large numbers of these dogs were imported into England from the Chinese.  The exact reason for the term “Chow Chow” is not known, but dog historians assume that it may be linked to comparing the dogs to Oriental nick knacks. Another possibility is that the term Chow Chow was given because the dogs were packed into the middle of ship cargo when moved to other locations overseas.

The United States first saw the Chow Chow dog breed some time during the late 1800s when they were imported from various parts of England. Queen Victoria took great interest in the breed which helped attract a lot of attention to them. It was 1903 when the AKC finally recognized this dog  as an official breed, especially due to its distinctive noble look.

The Chow Chow is said to be one of the top rated watchdogs that a family can have.  Its protection ability is powerful and this dog is immensely cautious about overlooking its family members. The animal moves in a very reserved, almost noble type of way, and is extremely suspicious of strangers and other animals. Not the most playful of dog breeds, the Chow Chow may be a bit difficult to train.

Taking Care Of Your Chow Chow

Chow Chow dogs do not fare well during hot, humid weather. In fact, this dog prefers cold weather at all times.  It’s coat is smooth, yet thick, and will need brushing at least one time per week.  Some Chow Chows may demonstrate very rough fur and will need brushing every other day, particularly when shedding. Activity does not need to be tiresome, just a brisk walk each morning is plenty of exercise for this dog.

The Chow Chow has a lifespan of up to 13 years, with 9 being the average.  Major health concerns to watch out for are entropion, CHD, and patellar luxation. Minor health issues include stenotic nares, elbow dysplasia, distichiasis, gastric torsion, cataracts, and glaucoma.