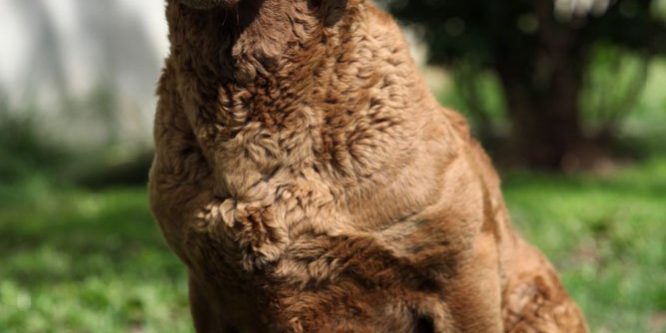 The roots of the Chesapeake Bay Retriever’s is an amazing history that stems from two little Newfoundland puppies which were rescued from a shipwrecked brig, right off the coast of Maryland in the United States. This incident happened in 1807 and is quite an inspiring story.

Along with much of the ship’s cargo, these two puppies had their lives saved and were handed over to rescuers whom would take care of them. One puppy was black and the other was red. They were soon found to be highly skilled water retrievers. Once their abilities became popular, they were bred with local retrievers and other breed types, which are thought to be the Bloodhound, Irish Water Spaniel, and Newfoundland Dog.

In time, a very distinctive local breed started to emerge. The result was a dog that could swim through the icy waters of the Chesapeake Bay and retrieve duck time and time again. Even to this day, the Chesapeake Bay Retriever shows an innate ability to mark a spot where a bird has fallen and remember exactly how to get back to that spot, even from miles away.

You probably already know by now that this dog is a swimmer and absolutely thrives on outdoor action and water. Chesapeake Bay Retriever’s are extremely independent, but also eager to learn new things.  It can be very protective of its owners and reserved when around strangers. This makes the Chesapeake Bay Retriever a great watchdog.

The Chesapeake Bay Retriever is a fairly large and overly active dog that must have daily exercise. Obviously water games and retrieving is at the top of the list if you live near such an area. However, daily walks and fetching games will do just fine for any proud owner of a Chesapeake Bay Retriever. Grooming takes a bit of weekly brushing, due to the long, wavy coat of the animal.  However, it seldom needs to be washed.

Chesapeake Bay Retriever dogs have a lifespan of up to 14 years, with 11 to 12 being the average. They are extremely healthy dogs with only CHD and gastric torsion being major health concerns. Minor issues that may spring up are PRA and hypothyroidism.