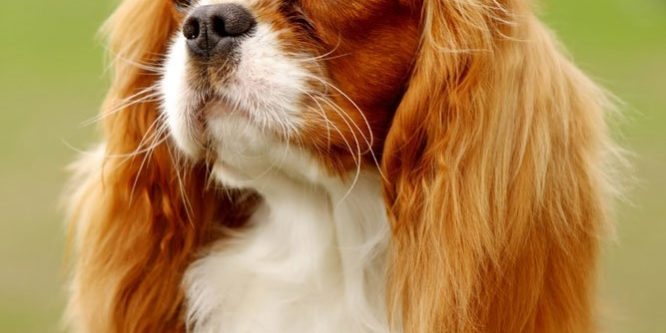 As you can probably tell by its name, Cavalier King Charles Spaniels have Spanish roots.  These dogs are also said to be the reason why European Toy dogs existed in the first place.

People bred small spaniels with various Oriental Toy breeds and the results were small Tudor lapdogs, otherwise reffered to as “comfort” spaniels. The wealthy actually use them as foot warmers and to attract fleas that were otherwise bothering the owner.

Toy Spaniels eventually became popular because it appealed to people of all ages.  Sometime during the 1700s it is said that King Charles II was so taken by his Toy Spaniels that he was actually accused of ignoring important state affairs in order to spend time with his dogs.

These stories about the king and his dogs travelled so fast throughout town and other parts of the country that eventually everyone associated the Toy Spaniel with King Charles himself, thus causing the dog to become officially known as “Cavalier King Charles Spaniel Dogs”.

Soon after King Charles II passed away, the Duke of Marlborough was just as enthusiastic about this dog breed as King Charles II was. The Duke’s favorite was the red and white Toy Spaniel which was named after his estate. For generations to come, Cavalier King Charles Spaniel dogs graced the families of the wealthy.

In time the look of the Cavalier King Charles Spaniel started to change. Eventually, more people started to prefer the look of the shorter-nosed Toy Spaniel.  However, when a rich American named Roswell Elridge traveled to England and offered an enormous money prize for the best “pointed nosed” Spaniels, it sparked a huge interest back to the original look of the Cavalier King Charles Spaniel. They eventually became the most popular dog in England and was recognized by the AKC in 1996.

Cavalier King Charles Spaniel dogs need a moderate amount of exercise on a daily basis. This can be accomplished with a few short walks or a romp through the yard. This is one breed that is not meant to live outside. As far as grooming is concerned, its long coat will need a thorough brushing at least every other day.

The lifespan of the Cavalier King Charles Spaniel can vary from 8 years on up to 15 years. Major health concerns that spring up are CHD, mitral valve insufficiency, and syringomelia. Minor healh issues include entropion and patellar luxation.

Ordinary Household Items That Are Dangerous To Dogs
August 13, 2021

Dog Owners: Are Dog Supplements Healthy for Your Dog?
August 10, 2021
Go to Top