Car Chasing: Why Do Dogs Risk Death With The “Thrill Of The Chase”? 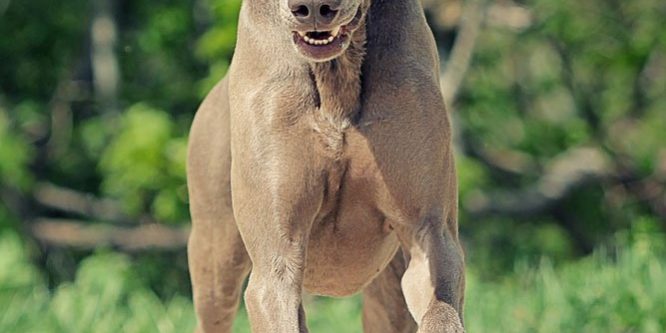 The brakes squeal, the car swerves, the inevitable THUD of wheel meeting dog is followed by the sickening crash of the careening, out-of-control automobile. The victims? The dog, of course. The occupants, presumably. But who was at fault? The dog’s owner!

Whether legally guilty or not, the responsibility for the dog’s actions rest solely upon the shoulders of the dog owner, just as surely as a parent is responsible for the actions of his child.

Are We To Blame?

There are many reasons for such offensive behavior in dogs. Foremost, is simply the thrill of the chase. The instinct is strong in canines. Many mothers have warned their children to “never run from a dog” because it triggers an instinctive drive in the dog to pursue, overcome, and emerge victorious.

The wild canine ran down his prey. Nature gave him the instinct and the speed with which to accomplish the task.  Chasing prey in the wild was serious business, and necessary for survival. And of course, there always was the thrill of the chase.

The domesticated dog no longer needs to chase prey for survival, but the thrill of pursuit still is a part of his natural instinct. Man capitalizes on that instinct with sporting dogs in the field.  Man exploits the instinct in greyhounds by making them “racing dogs”, chasing a mechanical rabbit. And, combat tracker dogs chase an elusive enemy through the jungle.

An instinctive protectiveness is responsible, in many cases, for dogs chasing cars. They chase only the cars approaching “their territory”. What’s needed here is communication. It would be quite easy if we could just sit down with our dogs over a cup of coffee and say something like “Look buddy, we have a problem here…” but unfortunately, it doesn’t work like that. And even if your dog responds to your verbal command of “NO” or “STOP” as he sees a moving car, he will always dash after the car in your absence.

A way must be found to minimize the thrill and emphasize the disastrous consequences of chasing moving vehicles. While the thrill of the chase is instinctive and never can be entirely erased, it can be minimized, and made less important than the consequences of the behavior.

Most dogs learn to avoid situations where they can relate a negative experience to that situation. However, for those dogs that have been hit by cars, and survived, they typically will not retain the experience. The reason for this is because the shock of being struck by an automobile is usually so sudden, and so severe, that the dog just isn’t able to relate the pain to the automobile, or his behavior prior to the chase.

But along with the instinct to chase, mother nature also implanted something else; the ability of the dog to learn by association. He is capable of learning by associating his actions with pleasing, or displeasing results. You must successfully educate your dog to let him know that cars and bicycles are deadly.