Can Cats and Dogs Live in Harmony? Our Guide for Curious Pet Owners 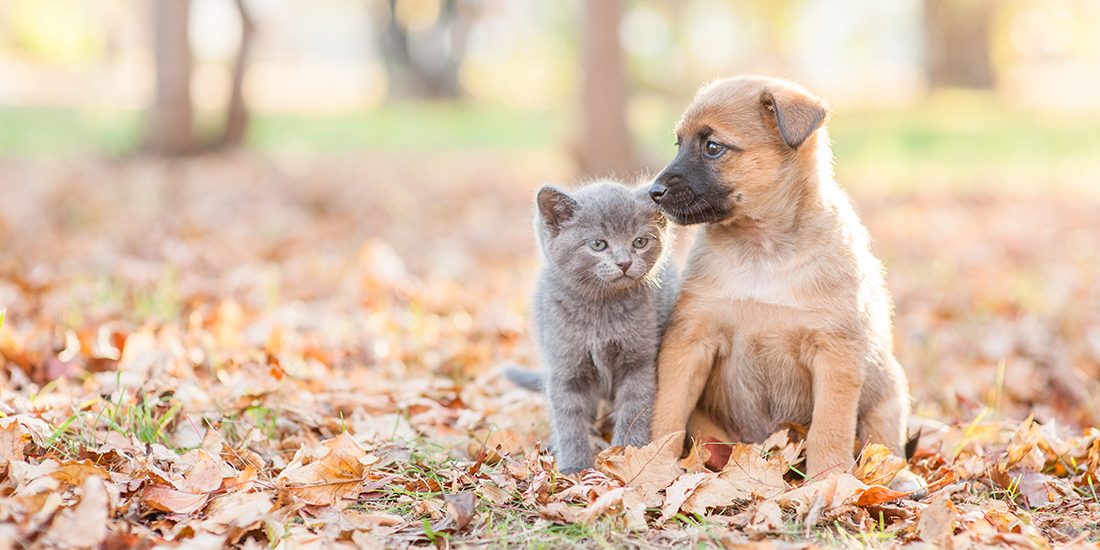 It might be that you wish to own both a dog and a cat, and that you would like to know whether they can get on without any incidents.

Unfortunately, they’re forever duking it out in polls for the spot of giving their owners the most happiness. It’s a debate you may be familiar with by now after many long years, and it could be that you’re undecided on a definite answer yourself. But what do they think of each other? Can they truly live together in harmony? Are they easy to manage as one unit?

Well, you may find some answers to these questions in this article.

Keeping track of multiple pets can be difficult, both in the literal sense and in organising all the necessary paperwork that comes with them.

Should you get yourself both a cat and a dog, it might be a good idea to think about multi-pet insurance policies from Everypaw. With cover for multiple pets, you can find the right cover for each pet. And with their own policy, it makes it easier to know which premiums are which and the cover level for each pet. Everypaw also has a handy comparison table, divided into the different levels of Lifetime cover. As you browse, you’ll be able to better understand what coverage you need and the additional benefits that come with their insurance.

Multi-pet policies can be beneficial to your pet and your pocket, with every pet you insure, you could be looking at a multi-pet discount. With the peace of mind insurance can offer, Everypaw’s pet portal gives you an easy way to manage the admin of their policies.

Much of the assumed hostility between cats and dogs may have been blown out of proportion over time.

The two pets could have more in common than many people might initially think. In a literal sense, they share common ancestry (the last common ancestor living some 42 million years ago), and in an emotional sense, they’re often debated as to which is ‘better’, which could be quite telling of how much people cherish and invest in them. Therefore, it could be said that both animals adopt a unique position in the affections and awareness levels of their owners.

These factors likely mean that they will share at least some common qualities: namely their relationship with people. Unfortunately, cats can sometimes be dubbed as emotionless and unfriendly creatures, but studies, and experience, have shown that they can bond with their owners just like dogs can. Therefore, it stands to reason that both animals could be receptive to the giving and receiving of fuss and affection, both with you and each other. It might be a good idea to treat them both the same way, whether that’s in fuss, the giving of treats, or play.

To start with, it might be best to introduce cats to dogs gradually, as many cats can be easily startled and may live more independent lives compared to your canine.

There are ways to introduce them to one another smoothly, such as by keeping them separate in your home for a few days while letting them get used to each other’s scents. It could be a good idea to swap their bedding or allow them to investigate each other’s rooms during this period so that they can get used to the new smells. After all this, they may be more content in each other’s company.

Try to think of it in a similar fashion to the progression of any other friendship. You could start things off by building only a slither of familiarity between them, and hope that from there, a content bond will form. Too much too early, and conflict may ensue.

How you behave may affect how your pets behave in turn.

For example, studies have shown in the past that cats can read what their owners are feeling and adjust their behaviours accordingly. At the same time, similar studies have surfaced about dogs, demonstrating their aptitude for copying their owner’s quirks. Because of this, if there is any conflict between them, it might be because of the behaviour of the people around them.

If you devote enough time, attention, and fuss to both pets, that loving environment you and others create in the home space may become infectious. After that, both the cat and the dog may feel a natural inclination to match your mood and exude your behaviours.

This may not be your sole responsibility if you live with others. It might be best to make your home an environment where both pets are treated with a calm respect, so if you have warring kids, reigning them in and teaching them how to respectfully interact with the animals may help too. In the end, when everyone else is a good example of getting along, the cat and dog may follow suit.

The Best Dogs To Protect Your Family
April 2, 2021

4 Things to Consider When Choosing a Family Dog
April 2, 2021