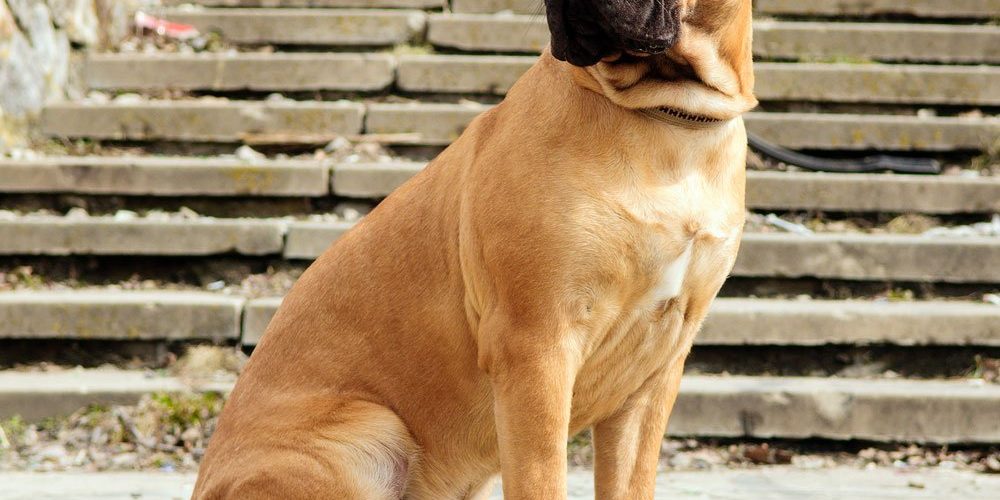 The Bullmastiff is mistakenly thought of as one of  Britain’s oldest dog breeds.  However, it is actually the Mastiff that is the oldest breed. The Bullmastiff, on the other hand, is a fairly new dog breed that has recently developed. History does show a few crosses between these two dogs as early as the 1790s, but there is no direct evidence that suggests these two strains were used to breed on.

The definitive documentation of the Bullmastiff started towards the end of the 19th century. Their function at the time was to protect large estates from poachers that were causing huge problems with gamekeepers.

In order to stop the poachers and protect the gamekeepers’ livelihoods, Bullmastiff dogs were used for guarding and protection. These dogs were tough, courageous, and would wait quietly until a poacher arrived, then attack on command.

Before Bullmastiffs were created, the only dogs available for such protection abilities was the Bulldog and the regular Mastiff. The problem was that the Bulldog was not big enough and the Mastiff was not fast enough.  By mixing these two breeds together, the Bullmastiff was created and made the perfect land guardian.

In time, many breeders decided to stop mixing the two strains and started breeding Bullmastiff  dogs to be totally pure. The result was the ideal dog that is approximately 60% to 70% Mastiff and the rest Bulldog. The pure breeding attempt was successful and by the early 1920s the English Kennel Club officially recognized the Bullmastiff. The AKC followed with their official recognition of the breed in 1933.

The temperament of the average healthy Bullmastiff  is one that is quiet, gentle, and very laid-back. In fact, these dogs do not arouse easily, but once startled and focused on an aggressor, they are fearless and can be quite a threat.  Needless to say, Bullmastiff dogs are rated as one of the best dog breeds to have for watchdog and protection ability. They are great with children but it is highly suggested that they are raised with them instead of bringing home an adult Bullmastiff to the home with kids. These dogs can also be a bit aggressive towards strange dogs and other animals.

Taking Care Of Your Bullmastiff

Bullmastiff dogs are fairly large and need daily exercise to keep them in top shape.  Like other large dogs, if there is not enough exercise and too much food, obesity can become a problem. However, a few long walks on the leash each day should do just fine. This is one dog that does not fare well in hot weather. They are generally indoor dogs and will need a large bed to stretch out in. Bullmastiffs also tend to drool a lot, as well as snore. Grooming is minimal, with the occasional brushing to remove dead hair.

The average lifespan of a Bullmastiff is approximately 10 years. Veterinarians suggest that all Bullmastiff dogs get tested specifically for hip and elbow problems, as well as potential eye issues. Major health concerns that seem to be common among this breed are CHD, gastric torsion, and elbow dysplasia. Minor issues that may pop up, but are rare, are mast cell tumors, hemangiosarcoma, lymphosarcoma, SAS, hypothyroidism, and osteosarcoma.