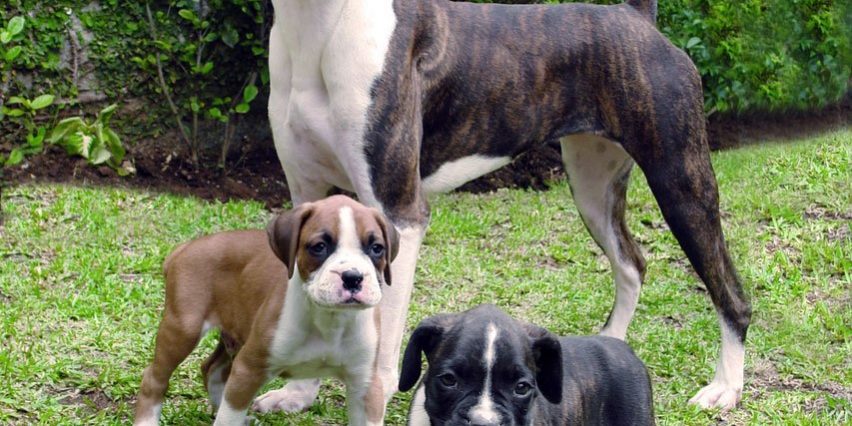 The Boxer is considered to be an all-time favorite breed among dog enthusiasts. They were formed as a result of breeding two specific European breeds that no longer exist today.  They were the Danziger Bullenbeiser and the Brabenter Bullenbeiser. The AKC recognized the Boxer during the early 1900s.

This dog has a very outgoing personality, playful, and attentive to its owners and training commands. The Boxer makes a perfect addition to a family who enjoys an active lifestyle.  They are generally well behaved with other household pets and are friendly towards children.

The Boxer is not a breed that is meant to be kept indoors without activity.  He needs daily stimulation, both mentally and physically, and enjoys running.  This dog would make a great jogging companion and must be active through daily walks on the leash.

Boxers are best suited for living indoors with their family. Hot weather is not this dogs best preference in terms of temperature.  He prefers a cooler atmosphere so if you keep your Boxer outdoors for any length of time, be sure that there is plenty of shaded area for him to rest when overheated.

Grooming is very simple with the Boxer.  Due to his short coat, you’ll only need an occasional brushing once weekly in order to remove dead hairs.

The Boxer dog breed has an average life span of anywhere between eight to ten years. Veterinarians recommend that Boxer dog owners have their animals specifically tested for health issues such as hip dysplasia, cardiac issues, and potential thyroid problems.

There are a few major health concerns that seem to be typical with the Boxer breed, and they are SAS, CHD, and Boxer cardiomyopathy. Minor concerns include  corneal erosion, gastric torsion, hypothyroidism, and colitis. Occasionally, the Boxer dog breed may develop brain tumors or degenerative myelopathy.