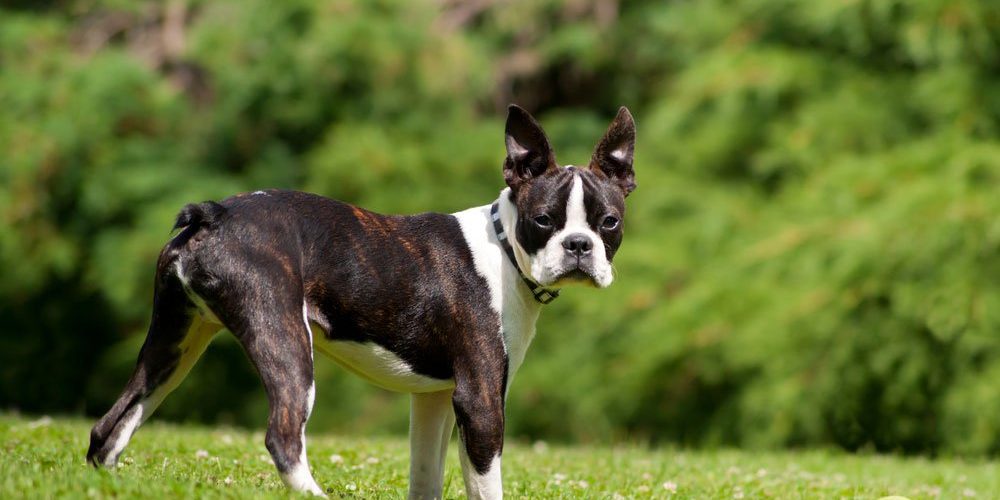 Most dog breeds have very little documentation to show proof of their origin and ancestry.  Because of this lack of factual history, the information on most of these breeds are assumed as best possible, however, the history of the Boston Terrier is different.  This dog breed is well documented.

During the late 1800s, wealthy families from Boston used to employ coachmen to interbreed some of their finest of dogs. It was at that time that one of these crosses, between an English Terrier and a bulldog, created a dog named “Hooper’s Judge”. He was well over 30 pounds but was bred with a smaller sized female. The offspring puppy, which was a boy, was then bred with a female smaller than himself.  Finally, the puppies of these two dogs were then interbred with French Bulldogs, which in turn created the foundation of today’s Boston Terrier.

By the year 1890, this breed became extremely popular in the Boston area and enthusiasts of the animal created an organization called the American Bull Terrier club.  Shortly after, the name was officially changed to the Boston Terrier and was recognized by the AKC as official dog breed in 1893.

Boston Terriers are extremely devoted to their owner and are very sensitive to the atmosphere and mood around them.  This dog can sense whether its owner or other people are feeling upset, happy, or angry. This unique characteristic makes the Boston Terrier a wonderful companion who is clever and learns very quickly. Not all of them bark often, but most do, making this animal a great watchdog.

Daily exercise is needed, which only requires the typical walks on a leash or playtime in a field with its owner. He loves to play chasing games, especially retrieving a ball. When it comes to living arrangements, this tough looking dog may seem like it could live outdoors, but quite the opposite is true. Boston Terriers are not meant to live outside as it does not tolerate heat or cold temperatures very well, but most importantly, this animal thrives from constant human companionship with its family.

If you keep your Boston Terrier in a constant state of good health from sound nutrition and daily exercise, it has a long lifespan of up to 14 years.  Another quality of this terrific house pet is that it has absolutely no major health concerns throughout the breed.  The minor health issues that rarely come up are stenotic nares, patellar luxation,  elongated soft palate, and allergies.  It is recommended that all Boston Terriers be specifically tested for hip dysplasia, knee problems, and potential eye issues.