You are here:
Cat CareCats 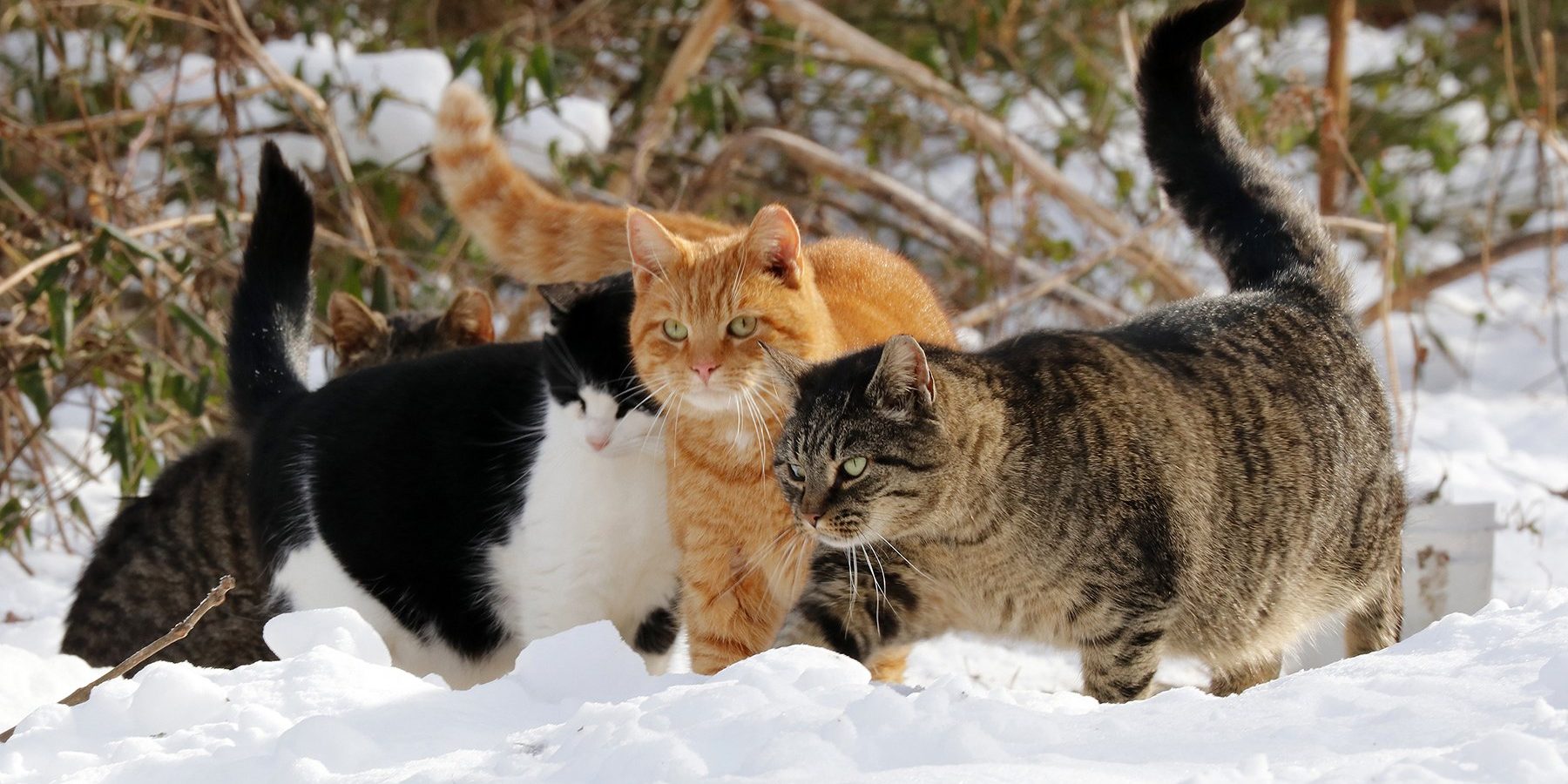 BETHESDA, Md., USA – Jan. 30, 2017 – Alley Cat Allies today reminds communities that winter is the ideal time to spay and neuter cats to get ahead of prime kitten season and end the breeding cycle before it starts.

“The time for prevention is now,” said Becky Robinson, president and founder of Alley Cat Allies. “Cats may even be pregnant before the snow melts. For community cats, Trap-Neuter-Return is the most effective way to reduce the impact of kitten season by preventing litters.”

Every year animal shelters experience a rise in the number of kittens brought to the shelter throughout spring and summer. According to Alley Cat Allies’ analysis of ten years of data from their Northern Virginia spay and neuter clinic, pregnant cats brought to the clinic peaked in March—over half of all female cats were pregnant. However, less than one percent of female cats were pregnant from October through December. Cats are therefore breeding in the winter and birthing their kittens in the spring and summer, making spaying and neutering efforts during the wintertime essential. By spaying and neutering cats now, communities can prevent the peak of pregnant cats and new litters in the spring.

Spring is a notoriously difficult time for animal shelters in every community across the country because multiple litters of kittens are impounded every day once kitten season begins. “Most animal shelters are not equipped to care for young kittens who have been separated from their mother too early,” says Ellen Jefferson, a licensed veterinarian who serves as Executive Director of Austin Pets Alive! and an advisor to Alley Cat Allies. “Neonatal kittens require around-the-clock care from trained staff or foster homes. Without a network in place to care for neonatal kittens, many, if not all of them, will be killed in the shelter.”

Jefferson noted that cats can become pregnant as early as four months of age, meaning the kittens you see today will be having kittens of their own come springtime. With a 63-day (nine-week) gestation period, kittens are usually conceived in January and February and born in the spring.

Kittens can be safely spayed or neutered at 2 months old, or as soon as they weigh two pounds. Veterinarians consider pediatric spaying and neutering for cats an easier, faster procedure. Research has shown that kittens spayed or neutered before 12 weeks of age have fewer complications from surgery than those older than 12 weeks. Kittens also rebound much faster after surgery with less stress than cats over 6 months of age.

In a Trap-Neuter-Return program (TNR), community cats—also called feral cats—are humanely trapped and taken to a veterinary clinic for spaying, neutering, and vaccination. The tip of the cat’s left ear is painlessly removed while under anesthesia, indicating that the cat has been neutered and vaccinated. Unsocialized cats are returned to their outdoor homes, while friendly cats and kittens are fostered before adoption. TNR ends the reproduction cycle, and stops behaviors associated with mating such as yowling and spraying, thereby addressing community concerns and decreasing calls to animal control.

Most communities that embrace a TNR program see fewer cats entering animal shelters, allowing shelters to focus their efforts and taxpayer dollars on adoption programs and community outreach and education. In addition to the over 600 nonprofit groups nationally practicing TNR, there are more than 450 cities and counties with official ordinances or policies endorsing TNR for community cats.

Maryland Pet Rescue – How to Adopt a Pet in Maryland
February 5, 2017

How to Avoid Stressing Out Your Cat
February 5, 2017