You are here:
Dog BreedsDogs 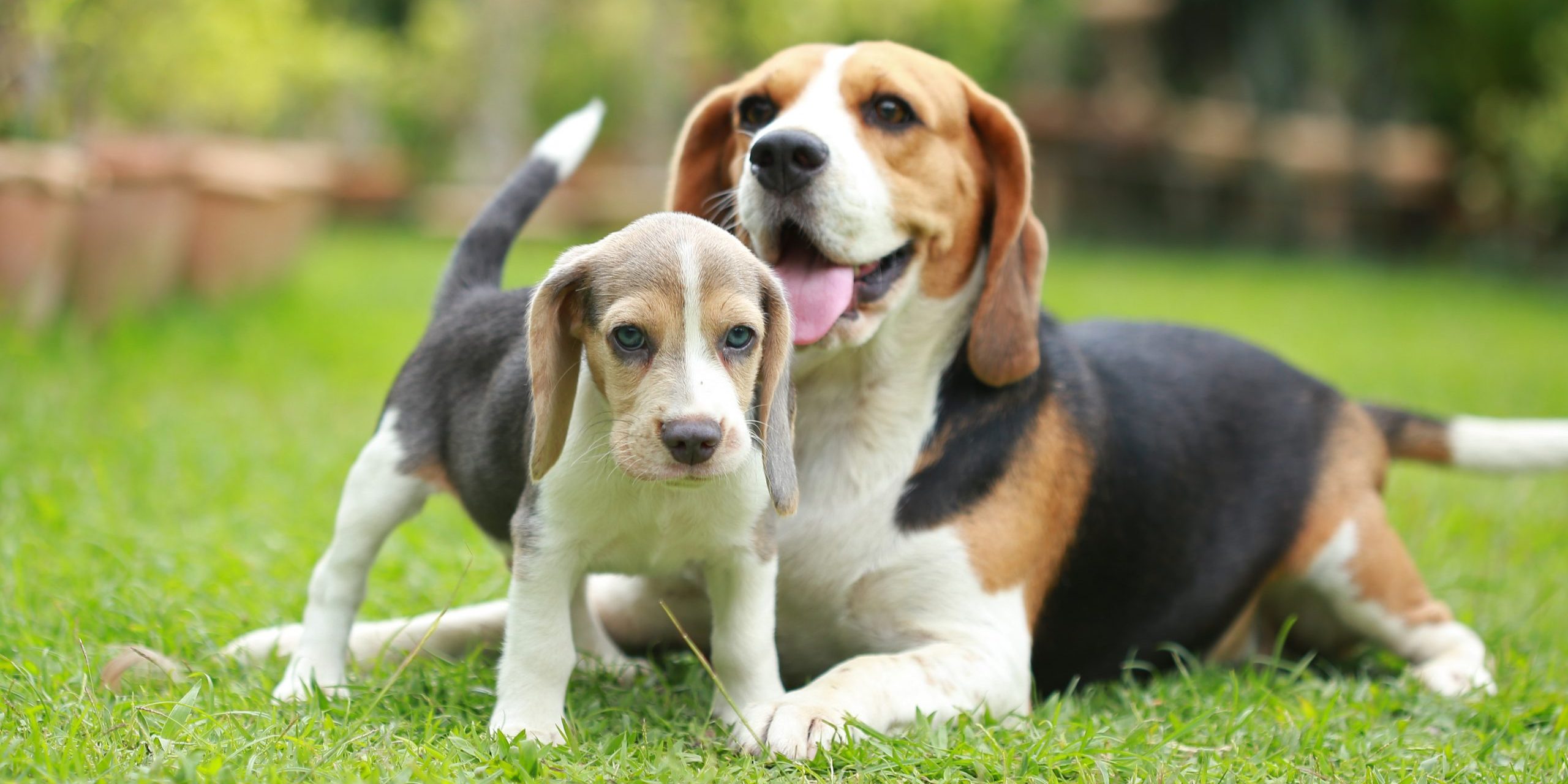 Beagles have been around for hundreds of years in forms slightly different than we see today. The main traits of the Beagles we find today are the same as their ancestors. They have an incredible nose that is capable of smelling the most minute particles in the air or on the ground. They are very gentle and affectionate, used to being bred and kept in large groups of other working Beagles, they do well with other pets as a whole. They are very gentle and lovable dogs as a general rule.

The Beagle has hunting dog instincts and should never be trusted to roam off-leash. He will bolt the instant he smells a rabbit or other wildlife that can be chased. You’ll be aware of the direction he has run though because he’ll bray loudly the entire time he is on the scent. This helps hunters follow them in the woods. When mixed with other dogs, some of these strong hunting instincts may be reduced or even lost completely, depending on what nature chooses to do with the genes that get passed. Let’s have a look at some of the possible mixes and personalities of the Beagle.

A Calmer Quieter Beagle. Is It Even Possible?

To create a dog that doesn’t bark much, mix the beagle with a quiet dog. A good example of a quiet mix might be the Beagle x Shiba Inu mix? The Shiba Inu is a barkless dog that yodels when he’s happy. This mix is called the Shi-Beagle. It’s highly likely that the hunting and tracking skills will be retained while lowering the desire to bark.

This might make a better dog for city living? It is worth noting that Beagles tend to be lazy in the house, known for taking a spot that is most comfy and sleeping in it all day long until you utter the single word “outside” that magically awakes him from his deep slumber, barking as he joyously races out the door.

This mix will tend to be small with a medium to short-lengthed coat. They will generally be great with children and other household pets, provided you socialize them while young. They can be a bit catlike as both Beagles and Shina Inus are like this. This mix will be small, generally under 12 inches at the shoulders and weigh under 25 pounds.

Watchdog or Hunting Dog? Why Not Both?

The Chihuahua is a tiny dog, averaging less than 5 pounds and standing just 6 to 8 inches at the shoulders. This tiny dog hails from Mexico, named for the Chihuahua region it is from. He’s bred to chase small vermin, such as rats, right down into their holes and into small spaces. He kills them with ferocious tenacity and this makes him a very bold dog. He’ll serve as a great watchdog, barking at anything out of place.

What is a Chihuahua Beagle dog? When combined with the Beagle, you’ve not got a Chi-Bea. It may be a bit larger than the Chihuahua but smaller than the Beagle. You’ll likely have a dog somewhere in the middle, at about 10 inches tall and less than 10 pounds. Your dog will still have watchdog capabilities as Beagles will also bark at things that are out of place.

Beagle noses will also be prone to chase small prey and track them to their burrow. This makes the Chi-Bea od Cheagle — a potential rat-killing machine that will hunt them down and rid them from your farmhouse but will also have a tendency to roam away from home if you allow them to run free.

They can live to be quite old as the Chihuahua frequently lives over the age of 15. When indoors, they’ll want in your lap and will prove to be incredibly lovable and good with children provided they are gentle. Chihuahuas do not like children who are rough and can become snappy if they feel threatened.

It is fairly common for hunters to mix the Beagle with Walker Hounds to create a bigger version of a Beagle that has insatiable hunting desires. This is a dog that can run and run and run. The instincts are very similar in that they flush the game and chase it until it is treed.

At this point, the pack of hunting dogs will gather under the tree and bray loudly, alerting the hunter that the prey is in a tree and waiting to be shot. By breeding a dog that is slightly larger, rabbits are not the only thing on the menu. A Beagle Walker mix will tree much larger game, including big cats such as Bobcats and Mountain Lions. This makes them a very versatile dog in the Southern US.

5 Situations When You Encourage Your Dog to Behave Badly
August 16, 2020

Why Is It Important To Train Your Dog?
August 16, 2020
Search
Recent Posts
CONTACT MARYLANDPET.COM
Go to Top
Go to mobile version