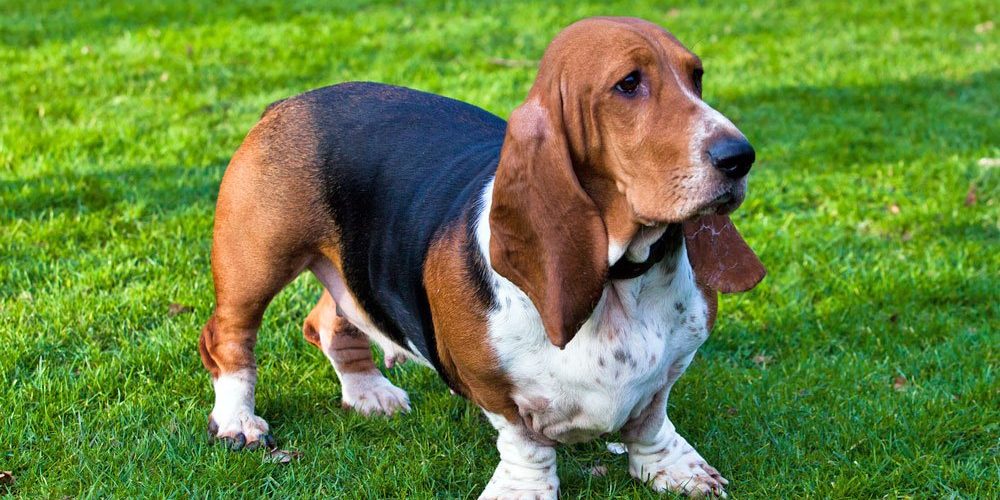 Although we cannot pinpoint the exact time period in history when the Bassett Hound was created, historians have noted that the first mention of this dog was found within 16th-century text that made reference to “short-legged dogs used for badger hunting”.

We also know that similar dwarf breeds that had short legs were used in ancient times, but it is quite difficult to zero in on exactly when and why the Bassett Hound was purposely bred.

The word “Basset” is French and is derived from bas, meaning “dwarf”. We know that short-legged dogs were used for slower-paced hunting during the French Revolution. History of this dog breed shows a much clearer picture after the revolution.

It was at this time that Basset Hounds became more and more common as a hunting companion. Hunters needed a dog that was skilled enough with its scent ability to hunt prey, yet was slow enough so that they could be followed and hunted with guns. This is where having its small dwarf-like body became the perfect hunting recipe for these needs.

Eventually, four different versions of the short-legged kind were created.  One of these versions, the Basset Artesien Normand, is what closely resembles today’s Basset Hound. During the late 1800s and then again around 1930, crosses were made with Bloodhounds to bring up their size. The first Bassett Hounds were brought to England and the United States during the late 1800s.

You will find that the Bassett Hound is one of the most laid-back and relaxed dog breeds alive. They are extremely amiable with virtually every other animal and human they come into contact with. The Basset is extremely suited for children and is well behaved even in the company of strange dogs. Although high in affection levels and friendliness, do not underestimate its watchdog abilities. These Hounds made excellent watchdogs.

Taking Care Of Your Basset Hound

Basset Hounds need a bit of daily exercise, but not too much.  One or two daily walks on the leash around your neighborhood will suffice.  However, like any animal, it is always beneficial for extra playtime and games when possible. Bassett Hounds should always sleep indoors with the family at night, but during the day having access to an enclosed yard is recommended. Grooming is minimal, with standard brushing and bath times during the week, but make note that these dogs do tend to drool often.

Basset Hounds have a lifespan of between 9 and 12 years, sometimes longer, depending on good health. Major health concerns are ectropion, vWD, CHD, gastric torsion, OCD, thrombopathy, otitis externa, and elbow dysplasia.  Minor issues include patellar luxation. Obesity is often a problem with these dogs when owners overfeed them, so put caution on how much food you provide.