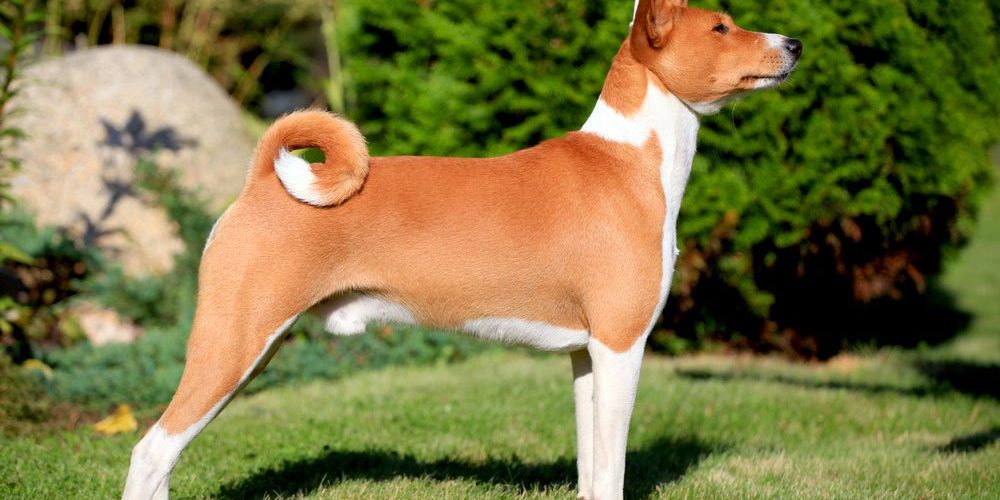 The Basenji is one of the oldest and most primitive of all dog breeds. This animal was discovered by Pygmy hunters in the lands of the African Congo. The early tribes used them as pack hunters which helped drive small game into net traps.

England started to see Basenji dogs brought to their lands during the 1800s and into the 1900s, but most of them did not survive due to distemper. However, sometime during the mid-1930s, quite a few Basenji’s for successfully brought to England and became the basis for all future breeds that took place outside of Africa.

It was at this time when the term “Basenji” was made the official name of this particular dog breed. It means “bush thing”.  More and more of these dogs were imported to England and eventually they came to America.

The Basenji started to grow in popularity at a rapid pace and became a very common household pet.  Eventually, fanciers of this breed began entering them into dog shows, which soon influenced a Basenji-based book and even a Hollywood movie which starred the dog.

Basenji dogs are considered to be extremely feisty and often display behaviors that are similar to Terriers. They are very smart, inquisitive, clever, and stubborn at times.  Many dog enthusiasts compare them to the attitude of a feline cat, which are reserved, yet independent.

This dog absolutely loves to chase and hunt any chance it can get.  It’s genetic roots are that of a hunter and so the Basenji needs plenty of exercise, mental stimulation, and play. You will notice that this breed does not bark much, if at all, but when it does bark it comes out as a short yelp-like shriek.

Taking Care Of Your Basenji

The Basenji is a fairly easy dog to maintain and keep healthy. As mentioned previously, he needs plenty of daily exercise, both mentally and physically. These needs can be met by brisk walks and vigorous dog games, especially chasing and fetching.

It is best to keep your Basenji indoors with the family at night. During the daytime hours, however, this dog loves to have the freedom to roam around outside. If you have the luxury of a large fenced-in yard, then allowing your Basenji to play outside is advisable, so long as there is plenty of water and shade during hot weather.

Basenji dogs have a lifespan of up to 15 years. The average time is between 12 and 13 years. Major health concerns that are seen amongst Basenji’s are Basenji enteropathy, PRA, and Fanconi syndrome. Minor concerns include umbilical hernias, PK, PPM, and hypothyroidism.