Are Dogs Colorblind Or Is This A Myth? 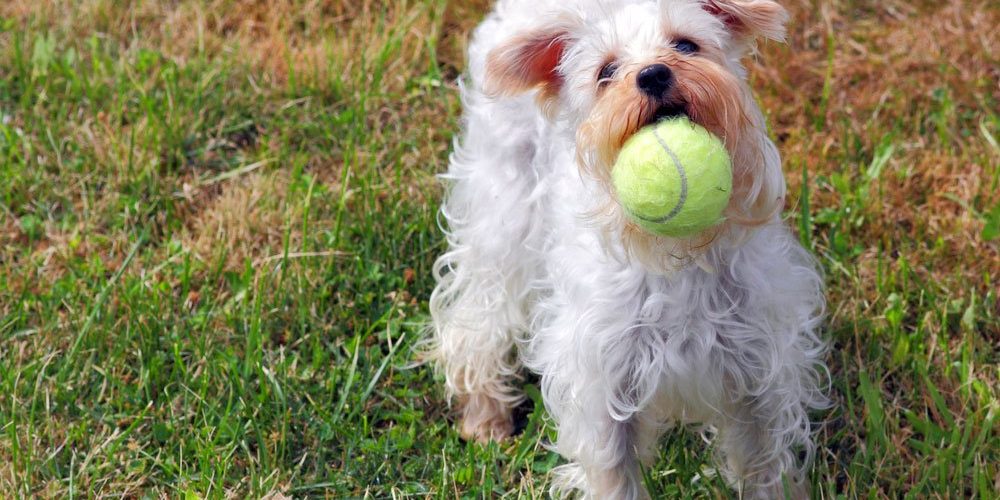 If you ask any dog owner or canine enthusiast whether they know if dogs are officially color blind or not, most people won’t have the faintest idea. And guess what, the scientific community is not sure either! However, there are indeed some facts about a dog’s vision that has come through from studies and tests.

So, is your dog really color blind or this claim just a myth? The following scientific article may help clear up some of the confusion while at the same time educating you about color perception in the eyes of a dog:

At the same time, the number of rod-shaped cells increases. Rod-shaped cells are common to members of both the canine and primate families. Some individuals, who were thought to be color blind, were found to have a deficiency or a lack of cone-shaped cells. Whether a highly significant number of retina from color-blind individuals were ever examined is questionable.

Furthermore, since there was no proof that color is perceived by these cells, ascribing color blindness to the lack of these cells does not necessarily follow. In other words, if the body is missing an element that could take away the problem, the color blindness is not the absolute diagnosis.

Under poor lighting conditions, more of the retina is used for vision; at the same time, color discrimination is more difficult. Consequently, more rod-shaped cells and fewer cone-shaped cells are used for vision. This was thought to be further evidence that color could only be perceived by means of cone-shaped cells. Thereafter, dogs became color blind and were relegated to seeing everything in black and white.

Many people who have dogs (admitting that they were in no position to dispute scientific evidence) have, nevertheless, been skeptical about the results of scientific research. They’ve chosen to ignore the arguments for or against color vision.

A Real-Life Experiment With My Miniature Schnauzer

The marked preference for objects of bright pink by my newly acquired Miniature Schnauzer, suggested that this could not be accidental and that some learning test should be carried out. Because she also showed a preference for soft, cuddly items, a set of stuffed mohair balls of identical size were made for her.

She was then presented with a brilliant pink ball and told that it was her “pink ball”. The ball was then tossed, together with her other toys, and she was asked to get one of the items. She learned to correctly select the pink ball within 20 minutes.

Several days later, she was presented with a similar ball colored bright blue. When the two balls were tossed at the same time and she was asked to get one or the other, she succeeded in correctly selecting the ball she was asked to within five minutes.

She has retained this knowledge until the present, nearly four years later. Several minutes after she learned to identify her blue ball, she was presented with a yellow ball and told it was her “yellow ball”. Once again she almost immediately learned to correctly identify the ball. Indeed, at no time did she incorrectly identify it.

Some time later she was presented with a green ball. Again, she learned to correctly identify it almost immediately; again, she has retained this knowledge.

Light meter readings of the light reflected from all the balls, with the exception of the yellow one, were essentially the same. When she was told, “Let’s play ball,” her preference was usually the pink one; the blue ball came next. She chose the less brilliant yellow ball least frequently.

The Final Test – My Dog Is Not Colorblind

Similarly, she rapidly learned to distinguish a set of rubber balls. A game called “Hide a Ball” was then devised. All of her balls were hidden throughout the apartment and she was asked to get a specific one. She would then “sniff out” as many balls as was necessary to find the correct one; all the balls but the one she was asked to find would be left where they were placed. And, when she found the correct one she always discontinued her search.

If there was insufficient light for the balls to be distinguished by human beings, apparently she could not distinguish the correct ball either, for she would leave the balls where she found them until a light was turned on.

This clearly indicates that scent was only a slight factor in tracing the whereabouts of the balls and not in selecting the correct one, thus providing evidence that dogs may not be colorblind at all.