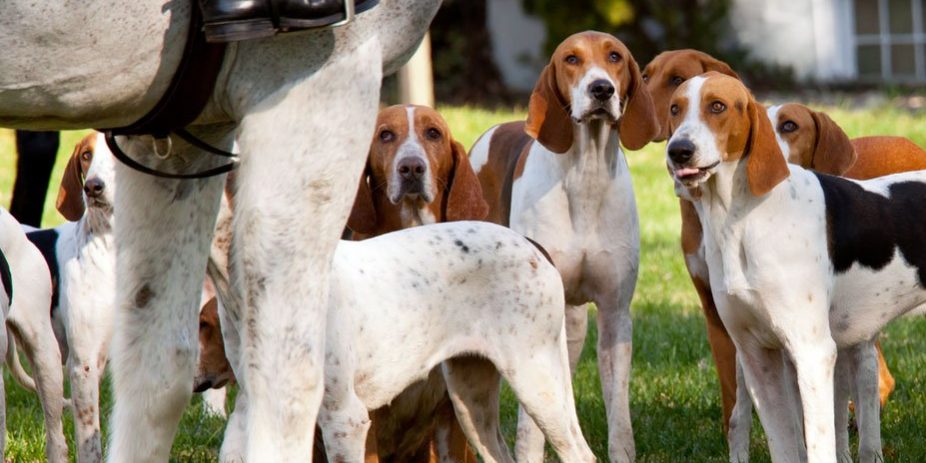 The American Foxhound has roots that date back to as early as 1650.  In fact, it is one of the first American dog breeds that arrived from England which was recorded as an experienced fox chaser. By the mid-1700s, watching these hounds chase prey became a favorite pastime, especially for the upper class.

Soon enough, imports of this dog came from France, England, and Ireland, which helped shape the breed.  You will find records of Foxhound pedigrees in the United States since around 1850. It was around this time that the sport of fox chasing became extremely popular throughout the southern part of the United States. The most popular areas in which fox chasing took place were in the mountains of Tennessee and Kentucky.

The Foxhound was an amazingly agile hunter that was a perfect companion when chasing prey. This dog had the ability to not only track down and find its target, but also make the kill when necessary. Hunters prefer the Foxhound over any other hunting dog because of these skills.

In time, the American Foxhound started to become a bit more streamlined than its English version, particularly due to developing into different strains. The ‘Walker’ became the most popular strain.  It descended from a dog named Tennessee Lead.

The most popular and record-breaking type of Foxhounds stemmed from the bloodline owned by a man named George Washington Mauphin, who is considered to be the “Father” of the breed. His dogs were some of the fastest running Foxhounds ever produced during his time. Other strains of the Foxhounds were created from the Walker Brothers. Some example strains are: Goodman, Trigg, Hudspeth, Calhoun, and July.

The American Foxhound was one of the earliest breeds that the AKC recognized.  However, the true number of registrations has always remained low. This is not to say that the animals are not owned in large numbers, but many of these dogs are kept in large quantities by hunters who have no interest in registering their animals.

The Foxhound was bred to hunt and run great distances. But they also make excellent house pets, even in the absence of hunting activities.  Foxhounds are well-mannered and get along with both people and other animals that are in the home. They are very friendly towards most everybody and everything, even strangers. Foxhounds have high energy levels, always ready for a hunt, and make excellent watchdogs.

Taking Care Of Your American Foxhound

Foxhounds should be maintained in a household which has plenty of human and canine interaction. This dog should never be left alone for too long at a time.  It is a very social animal that requires daily exercise with either brisk walks or preferably long jogs. Foxhounds can also live outside if required, but of course it is always best to keep them indoors at night with its family. Their coat is easy to maintain and requires only the occasional brushing to remove excess hair.

Foxhounds have one of the healthiest records of all of the dog breeds.  There are absolutely no major health concerns to worry about and no minor health issues to consider.  Occasionally seen is thrombopathy, but this is very rare. The lifespan of the American Foxhound can live up to 15 years in special cases, with the average being around 12 years.