You are here:
Dog Breeds 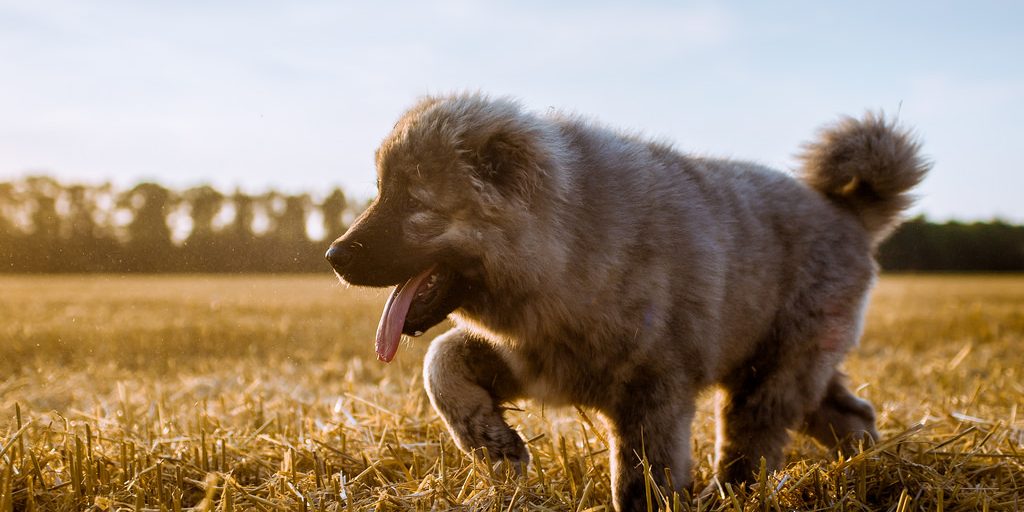 There are some breeds of dog that are so common you know all you need to through little more than life experience. You know Labradors are loyal and caring. You know Beagles are mischievous and lively. You know Basset hounds look perpetually sad, even though they are the most content dogs between here and Timbuktu. But every so often you stumble across a breed that totally disarms you at first glance, yet you have never heard of them before, and a prime example of this is the Caucasian Ovcharka.

Being part of the Shepherd gang, these dogs are naturally gorgeous with their thick furry ears, big woolly coats and cuddly bear-like features. They are stunning things, and that makes you want to take the first one you see home with you. Before you do, though, it is well worth understanding a bit more about this breed. After all, every breed is different from the next and, given you hadn’t heard of this one until a few minutes ago when you asked that lady in the street about her pup, it makes sense to know whether this breed suits your lifestyle.

So, without further ado, here are is everything you need to know about the Russian Bear Dog we know as the Caucasian Ovcharka:

The official name of this breed is the Caucasian Ovcharka but, in each part of the world, it seems to have a different moniker (which can make things kind of confusing). In America, this breed is most commonly known as the Caucasian Mountain Dog, while Europeans tend to call it a Caucasian Shepherd and the Russians call it an Ovcharka, which translates as “sheep dog”.

All over Europe, which is where this dog originates, the Caucasian Ovcharka is known for the role it plays as a guard dog or, sometimes, as a police dog, which has a lot to do with its size, appearance, temperament and history.

You see, over the years, the Caucasian Ovcharka has had a plethora of roles that go way beyond just being a pet. They have been used to protect flocks of sheep from predators, guard properties against trespassers and hunting. They were even used in some of history’s most monumental eras, watching over the prisoners of Soviet gulag camps during the Communist era and patrolling the Berlin Wall when Germany was divided into east and west. It may seem like their role was dictated to them, but the reason for all of this becomes slightly more understandable when you look at their character traits and temperament, which we’re going to do now.

The Temperament Of This Breed

To put it bluntly, even though these dogs are very even-tempered with their owners, they were chosen to guard and protect for a reason; they are naturally aggressive toward anyone they don’t recognise, whether it be other animals, other breeds, outsiders or just strangers. This is something you need to understand before you bring one into your home so that you can react and train them properly, or else run the risk of having several dog bite lawyers calling you. The more empathetic readers out there may not want to cast judgment on an entire breed but, the simple fact is, some breeds are naturally more aggressive than others.

The other thing that is worth noting is how protective they are over the owner. It can almost be too much at times, with many owners stating how their Ovcharka guards the house throughout the night, howling at any sign of suspicious activity.

With all this in mind, the people most suited to owning a Caucasian Ovcharka are those that are able to spend an excessive amount of time with them, giving them obedience training and helping them better understand how to socialise, not people with demanding jobs and children. Quite simply, these dogs cannot be left alone with children. The other thing worth noting is the brute strength of these dogs. They are rugged and powerful, which is is why we would recommend this breed to experienced owners only.

Looking After A Caucasian Ovcharka

This breed was bred to guard livestock, and they love nothing more than doing that. The problem is, not many people have livestock that needs guarding and so, if you fall into this category, you need to make sure you take them on – at least – one long walk every day. The other thing you can do is put a sturdy fence up around your property and let them patrol it on their terms which, as you will see, tends to count as good exercise given how tirelessly they perform this role.

In terms of grooming tips, Ovcharkas shed a lot of their fur. Of course, each dog has different length hair, which means you have to adapt your brushing accordingly – the longer the coat the more frequent you need to groom, that’s the rule. The other thing you may find yourself getting into the habit of is using natural oils on their coat to keep its texture. On the plus side, this breed really doesn’t need to be bathed very often (which is good because you would need a big tub).

Just like Alsatians and German Shepherds, the Caucasian Ovcharka is quite prone to things like hip dysplasia, heart concerns and cataracts, which means you need to do all you can to prevent. The best way to do this is to speak to your local vet and see what preventative measures you are best off employing from an early age to ensure they live a long and healthy life. To give you some idea of their lifespan, the average age of this breed is just under twelve years, which is quite a long time.

Final Tips For OwnersThis dog needs a home with lots of space to roam around, which means no apartments and no small yards. Space is your best friend. It is also important that you are firm with this breed from the outset and the best way to do that is to set strict boundaries and make sure yours gives you respect. This is no easy task, so don’t be afraid to call on obedience training – the last thing you want is a stubborn Ovcharka.

Crucial Things to Know Before Getting a Pomeranian
August 21, 2020

Beagle Mix Characteristics to Be Aware of If Considering This Type of Dog
August 16, 2020

Siberian Husky Mixes That Will Make You Fall In Love
August 16, 2020
Go to Top