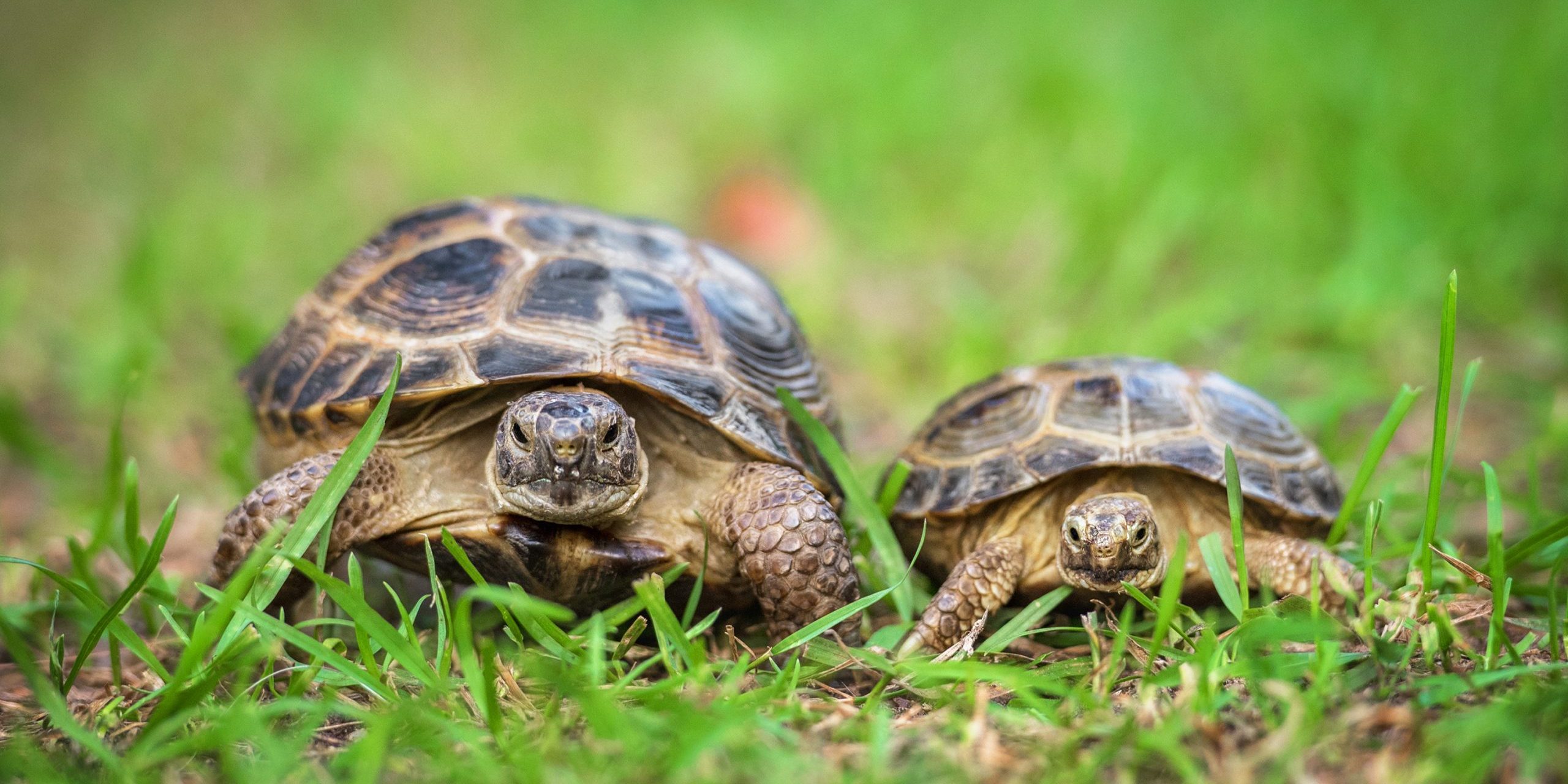 Tortoises are fun and magnificent creatures and they have been the object of human fascination for thousands of years so there is no wonder why they’re so popular right now. Whether you’re considering getting one as a pet, or you already have one and you want to learn more about your companion, we have prepared a list of interesting facts below.

While to the untrained eye turtles and tortoises may look alike, tortoises are usually herbivorous and they can’t swim, unlike turtles. The term turtle can also refer to any shelled reptiles that belong to the order of Chelonia or Testudines which means that while a tortoise can be referred to as a turtle, a turtle isn’t a tortoise.

You can tell these two species apart by looking at the feet and the shell. Water turtles have webbed feet or flippers with long claws and the shell is flatter and more streamlined. Tortoises, on the other hand, have elephant-like feet that are better suited for walking on land and their shell is heavier and it has a dome shape.

Birds and tortoises share a common trait since they are both equipped with beaks and they lack teeth. The beaks have serrated edges that are ideal for cutting fibrous plants and compared to other reptiles the power of their bite is relatively weak.

Still, you should try not to get between your tortoise and its meal since the beak can still do serious damage to your hand. Tortoises bite when they feel threatened, provoked or when they mistake your hand for food. Thankfully, all of these situations can be avoided so there’s no need to worry. These pets tend to be very docile.

Slow-moving and cold-blooded reptiles have a slow metabolism which translates into a longer lifespan compared to other similarly-sized mammals or birds. This is the case for tortoises as well and some such as the Galapagos tortoise can reach ages of up to 200 years.

The most difficult stage of a tortoise life is their infancy since very few babies survive into adults due to predators. Once they reach adulthood, tortoises tend to be invulnerable to most predators thanks to their tough shell.

One of the most popular tortoises is Harriet and she was first collected and named back in 1835 by Charles Darwin. Later on, she ended up at Australia Zoo and finally passed away in 2006.

You won’t be able to tell the sex of a tortoise until it reaches a certain size and the size varies by breed. One of the ways to differentiate a male from a female is to look at the plastron which is the flat part of the shell structure. It is flatter on females for mating purposes and curved on males. Similarly, males tend to have longer tails and larger bodies.

For owners who prefer surprises, you can instead wait for the pet to come out of the shell. Males will eventually start to display their genitals while soaking. What’s more, female tortoises can still lay eggs even if they have not been fertilized by a male.

Tortoises come in different sizes, shapes, and colors and the ones that come from hot places tend to have a lighter-colored shell than tortoises that originate from cooler areas. There are breeds that have a yellowish shell such as the African spurred tortoise that inhabits the southern edge of the Sahara desert.

For tortoises, the shell provides all the protection they need which is why they haven’t evolved very advanced auditory capabilities. Most breeds can only hear sounds that are above 60 decibels so if you have one as a pet it is best to keep it in its outdoor tortoise house when you’re not home.

Similar to other reptiles, tortoises have a special organ designed to detect smell named the vomeronasal organ that can be found on the roof of their mouths. Unlike other reptiles such as snakes that flick their tongues into that organ, tortoises pump their throats to circulate the air through the nose and around the mouth.

While the shell is designed for protection it is still sensitive to the touch since it has nerve endings that allow the critter to feel every scratch, rub, or pet. That’s right, some tortoises do like the feeling of the human hand on their shell and while this is not true for all, pets who grow up with loving parents are more likely to enjoy the touch of a human hand on their shell.

Pet Tortoise Types And Ways To Care For Them
March 5, 2020

How To Make Sure Your Reptile Is Eating The Right Amount Of Food
March 5, 2020
How To Raise A Healthy And Happy Bearded Dragon
March 5, 2020