You are here:
Pet Behavior 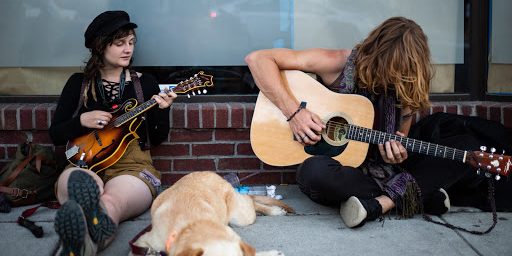 Music is extremely powerful, for humans at least. Music in some form is universally present in all human populations. But, did you know that animals appreciate music too? All you have to do is watch Ronan the Sea Lion bop his head in time to jazz to witness music’s power. And now, science is beginning to explain how music affects animals. Here are eight scientifically-proven ways that music affects animals.

Classical music was shown to calm dogs in kennels in a 2012 study published in The Journal of Veterinary Behavior. In this study, researchers played different genres of music to dogs in kennels. The dogs slept the most—a sign of relaxation—to classical music. As may be expected, the dogs were the most nervous/anxious when heavy metal music was played.

A 2017 study found that dogs also prefer reggae and soft rock. This explains the proliferation of “dog reggae” mixes available on YouTube. In this study, researchers played soft rock, Motown, reggae, classical, and pop music to dogs. The dogs showed the least signs of stress with the reggae and soft rock music. The dog experts at Idle Pup told us that dogs are calmed by this genre of music as the rhythm mimics a dog’s heartbeat.

Cats are different from dogs in that they prefer music specifically composed for them. (Typical!) A 2015 study at the University of Wisconsin-Madison showed that cats prefer “species-appropriate” music. The cat-specific music that researchers played was composed to mimic the sounds of purring and suckling. Cats had a more active positive response to this music than they did to music composed for humans.

For many animals, the slow pace of much classical music is preferred. Cows are one of these animals. A 2001 study from the University of Leicester found that cows produce more milk after being exposed to Beethoven’s “Pastoral” Symphony for twelve hours. The cows were also played R.E.M’s “Everybody Hurts,” Jamiroquai’s “Space Cowboy,” and The Wonder Stuff’s “Size of a Cow.” The cows preferred Beethoven, and they showed it by increasing their milk production three percent!

There are many videos available showing parrots and other talkative birds singing and keeping a beat. Researchers have found that there is a scientific reason for this beat-keeping. A Harvard study from 2009 showed that animals, not just parrots, who mimicked voices were better able to keep time. They posit that there is an evolutionary reason for this connection.

One of perhaps the strangest animals to react to music is the mosquito. A 2019 study published in Acta Tropica found that dubstep music can prevent mosquito bites. The researchers played “Scary Monsters and Nice Sprites” for Aedes aegypti mosquitoes. They found that the mosquitoes ate and mated less.

Rats are hardwired to avoid risky situations. That trait is what makes them such great pests. But, Canadian researchers in 2016 found that playing music and flashing lights at rats can reduce their risk aversion. The music and lights made the rats in the study more open to gambling their food.

Voice mimicking animals are not the only ones who can synchronize their movements to music. A 2012 study found that horses can link their trotting to a musical beat. The horses in the study walked, trotted, and ran based on the speed of the music in the background.

How to incorporate music into your pet’s life

Approximately 67% of households in the U.S. have pets. That is 85 million families. It is very likely that if you are reading this article, you have a pet. After learning about the ways that music affects pets above, you may want to incorporate more music into your pet’s life. The benefits are huge, from helping pets to better cope with stress and anxiety, to helping alleviate pain and getting animals to sleep better.

You don’t have to put headphones on your pet to get them to listen to music. Today there are even apps like RelaxMyDog who create music specifically designed with pets in mind. RelaxMyDog and other similar companies use frequencies dogs can hear and melodies proved to relax humans. The belief is that if the human is relaxed, the dog will be as well.

Because of dogs’ predilection for classical, reggae, and soft rock, you can also try incorporating that music into the soundscape of your home. You can find many playlists for dogs on YouTube or in the recordings Canine Lullabies and Through a Dog’s Ear. It is recommended that you vary the genres and melodies of the music you play. Studies have shown that after a week of the same music in the background, dogs get used to it and their anxiety returns.

Music has a power unlike anything else. It is not just a human construct. As the eight studies mentioned above show, many animals react to music. While not all animals make music for themselves, many species are calmed by it. Some may even be motivated to move in time to a beat. Knowing how music affects animals can help us keep our pets calm and relaxed. It also provides us with entertainment as we watch our animal relatives enjoy music.

Everything You Need to Know About Pet Anxiety and How to Treat It
December 4, 2020