5 Situations When You Encourage Your Dog to Behave Badly 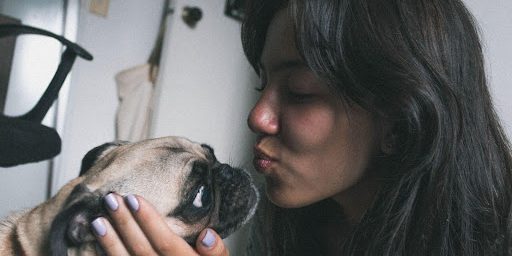 Some behavioral problems in dogs can be the owners’ fault. Often dog parents unknowingly encourage bad behavior in their pet that, at first glance, seems harmless. It leads to bad habits such as whining alone at home, chewing, jumping on people, etc.

You may not think this is wrong, but the consequences will be unpleasant. So we, in conjunction with trainingyourpuppy.net, have prepared this article for you to help you avoid encouraging bad dog behavior. So, here are the 5 most common situations.

Express your emotions intensely when you meet your dog

Dogs are usually very happy when their owner comes home. They just go crazy with joy, spinning around you, jumping on you, and even barking with happiness. It all seems funny and cute, and the owner wants to show love to his dog, too, so he encourages this behavior.  A similar situation can occur when you leave the house, saying a very emotional goodbye to your pet.

You can’t do it when you want your pet to behave calmly and not get in your way or jump on you. In addition, such dogs are more likely to suffer from the owner’s absence in the house and start whining, ruining furniture, and doing other nasty things.

When you leave or come home, act calmly. Don’t rush into your dog’s arms, making him even more excited. Don’t pet him, pick him up, or talk to him until you take off your things and shoes and go into the room. Only pay attention to him when he has calmed down a bit.

Your dog is overactive (jumping, twirling, barking, biting you, etc.), and you are amused and think he is having fun, so start having fun with him, too. It can happen during playtime, outdoors, and in other situations.

Of course, you need to play and have fun, but it’s important to stop in time. Overexcitation and hyperactivity are bad for a pet’s health. And hyperactive dogs become unmanageable, disobedient, and even aggressive.

Help your dog learn to calm down. If you see it becoming overly excited, you should stop playing and leave it alone. You can lock your dog in a separate room or crate to regain its composure.  Also, remember that it is vital for hyperactive dogs to channel their energy in the right way (exercise, walks, games).

Play tug of war with your things

Puppies love to play tug-of-war and grab/chew everything around them, including your clothes. Sometimes it can seem fun to tug on the “rope” (or your pants), trying to take them away. If you’ve done this, write about it in the comments.

If you have fun pulling clothes from your puppy, he’ll think it’s a game. He’ll chew your stuff without remorse and be genuinely surprised if you do scold him.

Show your puppy right from the start that grabbing your stuff is not allowed. Don’t play or pretend to be amused in these situations. Instead, start teaching a dog “no” or similar commands.  Also, give your dog a substitute, such as a special rope toy and other chew toys. When your pet grabs your things, immediately offer the toy instead.

Taking your dog to your bed when he whines

Situation: You don’t allow your puppy to climb on your bed, but that night he started whining, barking, or scratching at your door. You, being a good owner, decided to take pity on the poor animal and took him to your bed.

The dog will think he is allowed to climb on the bed. He will also know that whining and barking at night is a good way to get your attention and get what he wants. Accordingly, this story will be repeated.

You shouldn’t give in to provocations like whining at night (unless you want to sleep with your dog all the time). If your dog is healthy and nothing prevents him from sleeping soundly, you shouldn’t pay attention to the whining or barking. You can go to her and check if everything is okay, but don’t talk or pick up the dog.  In the case of small puppies and older dogs, some people decide to let them sleep in their bedroom, next to the bed. It can be a good option.

Giving your dog food from the table

Oh, that pitying look and whimpering! Who can resist them and not share food with their pet? Indeed, many of us give our dog food from the table.

In general, dogs should not eat everything that humans eat. Some foods may even be dangerous. In addition, your pet will overeat, which is dangerous for obesity.  The more food you give your dog, the more he wants. He’ll constantly sit next to you while you eat and get under your feet while you’re cooking, and that’s not something anyone likes. And the dog may also decide that whining is the way to get what he wants.

Only let your dog eat his food in a certain amount and at a certain time. Don’t let him beg for food; stand by you while you eat or put his paws on the table. You want an obedient and healthy dog, don’t you?

Remember that your actions shape your dog’s habits and views of “good” and “bad.” So don’t disservice your furry child by letting him climb into bed with you or express his emotions violently. Then he won’t have behavioral problems, and training will be more accessible.  Also, dog owners should be consistent in their actions. It means if you forbid something once, stick to that decision always.

How To Determine If You’re a Suitable Dog Owner
October 1, 2022

The Best Dogs To Protect Your Family
October 1, 2022