You are here:
Ownership 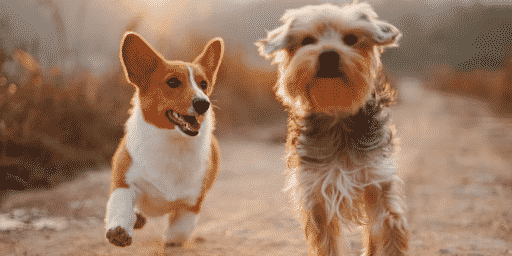 Owning the likes of a dog or cat (or any other animal of your choosing) is something that is more than just a hobby. They’re not accessories – even though a lot of people like to treat them as such. They’re important parts of life and they tend to become important parts of the family. You really do fall in love with them as time moves on and your life begins to revolve around them. Anyone with a heart and a brain will want to take the best care of their pets, but it’s not the smoothest ride in the world.

Before you even think about bringing a pet into your life, you need to make sure that you’re ready mentally. Plenty of people go through with it, but then immediately regret it because they feel as though they’ve been dropped into the deep end. If you’re not psychologically in the green zone, then it can be a pretty tough time for everyone involved. Here are four ways you can mentally prepare for the day you bring home a cat, dog, or any kind of animal!

Recognize That This Is A Long-Term Commitment

So many people think about getting a pet on impulse. They feel as though this kind of decision will enhance their lives. That is until they have to put in a little more work than they initially expected. There’s a saying that suggests a dog isn’t for Christmas and that it’s for life – people need to realize this before they make any significant decisions.

Read Up On Whatever You Can

The more you know about being an owner, the better things will be. It’s your responsibility to know as much as possible about your pet, so you have to do a little research. Sure, you’ll learn a lot on the job because experience is key, but it’s always good to have prior knowledge about these creatures! Whether we’re talking about the foods they like or their behaviors, you’re going to need to have it stored in your mind. Fortunately, you can find the likes of Freshpet dog food review et al online as well as plenty of articles/videos on how best to take care of a pet.

Talk About It With Your Partner

If you’re having a few problems or worries, talking about them would make a lot of sense. You’d be able to understand a little more about what’s coming. If it’s just you on your own and you aren’t living with another, then talking to someone who owns a pet would help you out a lot.

Get The Home In Order

If you feel as though your house and the surrounding area are both not up to scratch, then it can weigh on your mind a little. You might feel as though this kind of thing is dragging you down as you enter the final stages of getting the pet. If you can prepare your home properly, then it’ll make a huge difference and make you feel so much readier. The thought of bringing a pet home to a place that will not suit them doesn’t sit well for most people.

4 Crucial Considerations When Thinking of Getting a New Family Pet
October 28, 2021

How To Determine If You’re a Suitable Dog Owner
October 28, 2021

Looking After a Pet Requires a Lot of Dedication
October 28, 2021

Just a Few Ways Owning a Dog Can Benefit Your Life
October 28, 2021

5 Things You Need To Know Before Getting Your First Dog
October 28, 2021